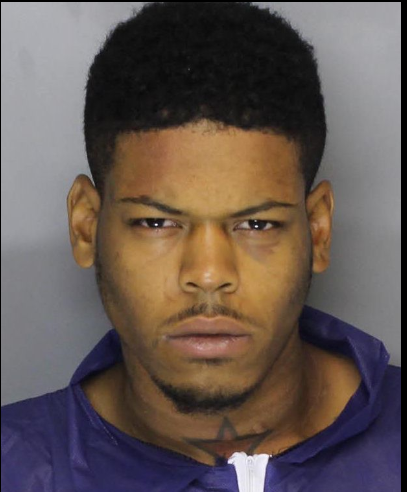 Baltimore County Police are searching for a prisoner in their custody who escaped from inside St. Agnes Hospital located in the 900-block of Caton Avenue, 21229. Joshua Jerome Brown, 21, with a last known address of 5600-block of Loch Raven Boulevard, 21239 ran out of St. Agnes Hospital while receiving medical treatment on July 27, 2017 at 11:30 p.m. Brown was last seen running on Wilkens Avenue. Police immediately set up a perimeter around the area and have continued to conduct an extensive search for the man.

Brown was also charged with assault on a police officer. On July 26, 2017, an officer from the Wilkens Precinct attempted to stop Joshua Brown while Brown was driving a gold Cadillac DeVille. The officer learned that the registration plates did not belong on the car. When the officer stopped the car, Brown backed into the patrol car as the officer was getting out of the patrol car. After hitting the patrol car, Brown pulled forward and fled the area. During the investigation of the robbery, police learned that Joshua Brown was also responsible for the assault on the County officer. Brown was charged with second-degree assault and was being held without bail.

Joshua Brown is described as a black male, 6’01”, approximately 205 pounds, with brown eyes, and black hair. Brown has several tattoos on his arms, throat, neck, and right eye. Joshua Jerome Brown’s whereabouts are unknown at this time. If anyone has information, please call Baltimore County Police at (410) 307-2020.