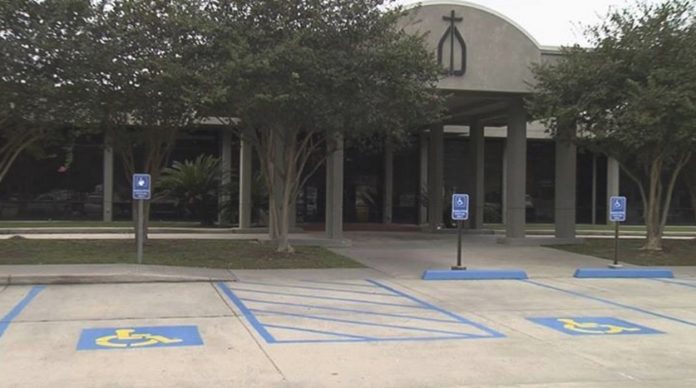 A Syrian refugee that was relocated to Louisiana has already gone missing and the group who were accommodating them will not take responsibility.

WBRZ has reported that Catholic charities had helped the refugee who settled in Baton Rouge, but also said the refugee left for another state after a couple of days, and they currently do not know where the refugee went since they do not track them. 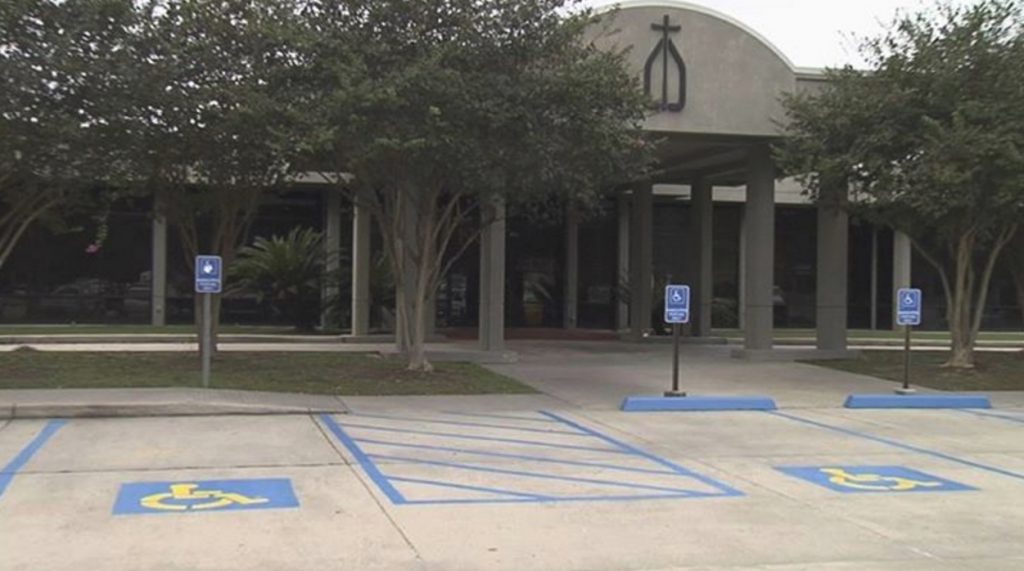 “We’re at the receiving end,” Chad Aguillard, executive director of Catholic Charities, says. “We receive them, we welcome them into our community and help them resettle. There has been a lot of commotion and fear with Syrians. The fear is justified, but we have to check that against reality.”

State leaders are angry and upset after the federal governor began relocating Syrian refugees in the state without any notice.

“This is a federal program, and it was their responsibility, as the governor has stated, that they should have notified myself or governor directly,” according to the Governor’s Office of Homeland Security & Emergency Management Director Kevin Davis.

UPDATE: Governor Jindal’s office has confirmed to the GatewayPundit.com that the missing refugee has been located out of state.

The governor’s office had to do the leg work on this. The spokesman said the feds were no help.  This mishap comes at a very unstable time as the world  reels from the terror attack in Paris. Much attention has been diverted to President Obama’s initiative to accept over 100,000 Syrian refugees in the US when news broke that one of the Paris attackers were welcomed to Europe as a Syrian refugee.

Chris Nakamoto wrote on his Facebook page the following:

“State Leaders say they have located the Syrian Refugee who settled in Baton Rouge… then left. They say after the Syrian left Baton Rouge, the refugee went to the nation’s capital. The case file was turned over to the feds, and Catholic Charities does not track them once they leave the area” 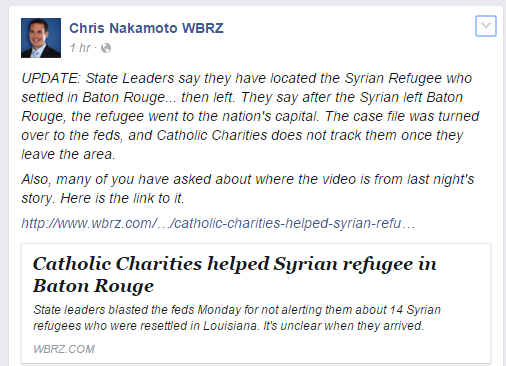 This mishap sheds light on the current situation that there is much miscommunication between  agencies and refuges can slip out of sight as today’s event displayed.