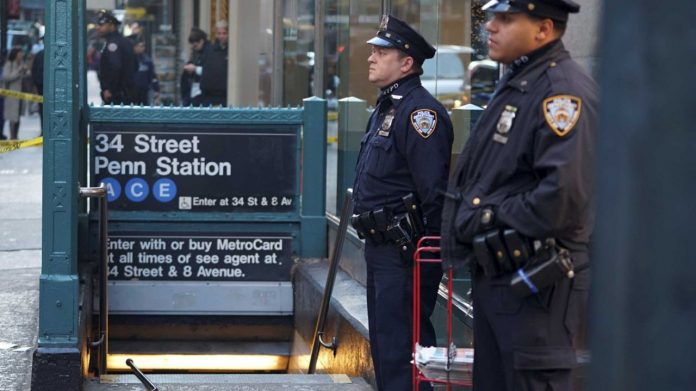 Governor Cuomo today announced that a man suspected of multiple incidents of bias graffiti at Pennsylvania Station was arrested and charged for committing a series of hate crimes. The arrest and charges highlight the aggressive actions the state is undertaking to combat the growth of hate crimes and anti-Semitism.

“This arrest sends a clear message that all hate crimes will be thoroughly investigated, and we will prosecute those found responsible for perpetrating these reprehensible actions,” Governor Cuomo said. “We have zero tolerance for these acts of bigotry, which stand in direct contrast to the values that we New Yorkers represent. I applaud the MTA Police Department for their vigilance and actions in this investigation.”

Yesterday, MTA Police Department detectives, who had been conducting a surveillance operation related to a pattern of hate-crime graffiti and vandalization of men’s bathrooms at Pennsylvania Station, arrested a man for suspicion of vandalizing a bathroom stall. The suspect was identified as Pasquale Vargas, 65, of Brooklyn. Police believe Vargas is responsible for multiple instances of bias graffiti at Penn Station since February 18.

Vargas has been charged under New York State law with eight counts of Criminal Mischief in the Fourth Degree. Due to the nature and circumstances of the alleged offenses, they are being prosecuted as Hate Crimes (Class E Felony).

During an interview with police following his arrest, Vargas admitted to writing the graffiti and said that he wrote it “because Mexicans take jobs from Americans.” Police suspect Vargas is also responsible for graffiti in Penn Station on multiple other occasions since February 18, including swastikas and other statements that read: “KKK” and “Mexican Go Home,” among others, which were written in black marker in two different locations.