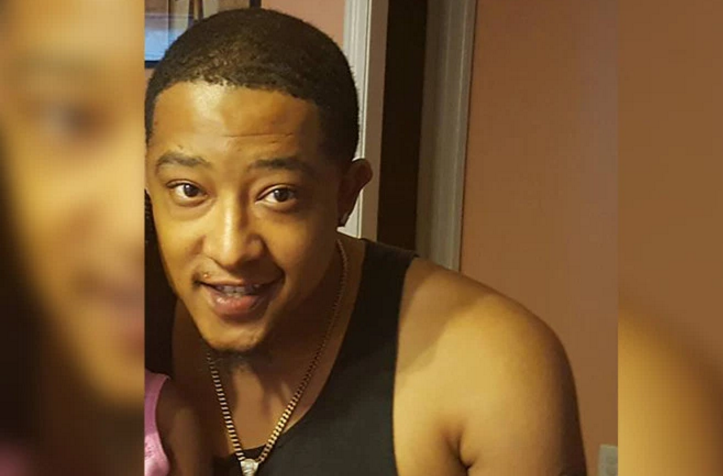 A man on a first date was shot dead outside an Atlanta bar after getting into an argument with another man and making a joke about voting for Donald Trump.

Mitchell Mormon Jr, aged 32, was gunned down outside of Church bar on Edgewood Avenue around 3am on Saturday.

At the time, he was on a date with Shaunita Walker, aged 25, who was also shot and suffered injuries to her arm.

The argument continued and the alleged shooter, identified by Walker as a Hispanic man, went around a corner, came back with a gun and began shooting.

‘When I heard the first shot and it went into my arm, I just grabbed my arm and began to scream,’ Walker said.

‘And then I heard two more shots and I saw Mitchell on the ground.’

Police have released video footage of two men they are working to identify in connection to the shooting.

Mormon’s funeral will be held on Saturday.

Anyone with any information about the shooting is asked to call Crime Stoppers at 404-577-TIPS.