Tomorrow’s game between the Orioles and the Chicago White Sox will begin at 2:05 p.m. ET and will be closed to the public.

Tomorrow’s ballgame between the White Sox and Orioles at Camden Yards has been moved to a 1:05 p.m. CT/2:05 p.m. ET start and will be closed to the public, the Orioles announced Tuesday.

The Sox and Orioles will play a doubleheader at Camden Yards on May 28 to make up the two postponed games. 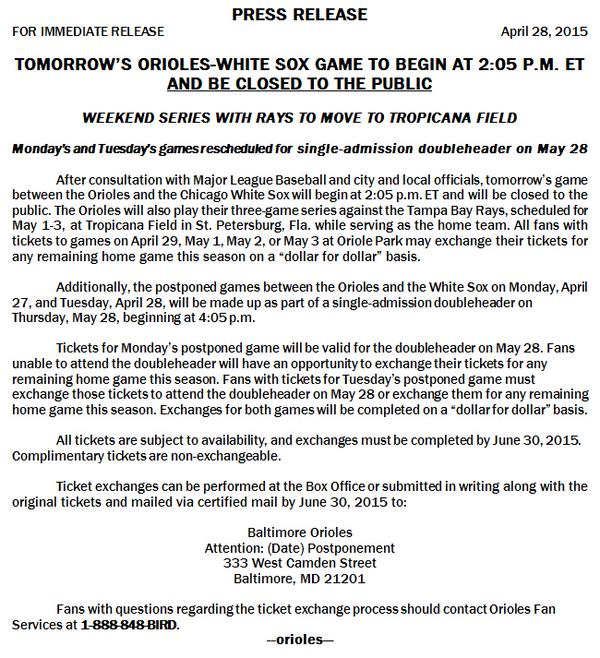 The Baltimore Orioles are an American professional baseball team based in Baltimore, Maryland, that competes in Major League Baseball. They are a member of the East Division of the American League.