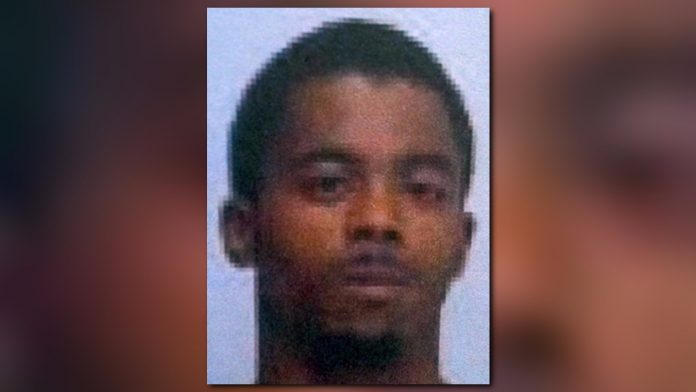 A Mississippi man who was charged with second-degree murder after he left his toddler in an overheated car while he went to work is expected to have his charges reduced, according to his attorney.

Joshua Lewis Blunt, 25, left his 8-month-old daughter in the vehicle for “some period of time” outside the restaurant where he works, Grenada Deputy Police Chief George Douglas told the Clarion-Ledger. The child – identified by the paper as Shania Rihanna Caradine – was noticed by a passerby who then called police, the paper reported.

Grenada County Deputy Coroner Jo Morman told the Clarion-Ledger that the child was “hyperthermic” when she was found. The baby was taken inside the restaurant before paramedics arrived and was rushed to University of Mississippi Medical Center, in Jackson, where she was declared dead, the paper reported.

But on Monday, his attorney, Carlos Moore, told the paper that he expects that his client’s charge will be reduced to culpable negligence – an assertion that was confirmed by Grenada City Prosecutor Jennifer Adams.

Moore told the Clarion-Ledger that the child being left in the vehicle was a tragic accident that occurred during a busy morning that involved picking up and dropping off his girlfriend and rushing to work.

“He thought he had dropped the child off at her grandmother’s house,” the attorney said. “He had no idea the child was in there.”

The baby was still alive when she was discovered, Moore said. He said his client is a “basket case” and “very distraught.”

“It’s a miscarriage of justice for him to be sitting in jail,” Moore told the Clarion-Ledger. “We still don’t think [Blunt] deserves to do any time in prison,” he added, noting that a culpable negligence charge carries a potential sentence of up to one year in prison. Blunt remains in the Grenada County jail on a $250,000 bond.

Moore added that the fact that his client was charged with murder was evidence of “blatant racism.”

“The people making the decisions are white,” he said. “It’s unquestionably related to racism. If this man had been any other color besides black, I believe he would be at home, grieving like a normal father and preparing for a funeral.”

The child’s body has been sent to the state crime lab for an autopsy, the Clarion-Ledger reported.

Shania’s death comes on the heels of another hot-car disaster in Mississippi, where a 2-year-old in Madison County died last week in an overheated car.

Madison County Sheriff Randy Tucker told the Clarion-Ledger that the child’s mother went to work and left the toddler in the back of her vehicle. When she went to pick the child up from day care, the paper reported, staffers informed her that she hadn’t dropped the child off earlier that day.

That parent was not charged in her child’s death, leading some locals to question whether the latest charges against Blunt, who is black, were racially motivated, according to WLBT.

The TV station’s report did not identify the mother’s race.

“Most certainly not,” Douglas, the Grenada deputy police chief, told the station, noting that each investigation is unique. “This police department doesn’t investigate cases based on race or gender or religion. We just investigate the facts, that I am not at liberty to discuss at the moment, that lead us to this point.”

“It’s never good to leave a child unattended in a car. Children don’t need to be left unattended anytime,” he said.

“The Grenada Police Department is saddened because of this death,” the statement said. “The Grenada Police would like to caution parents to check their vehicles to insure that children are not left inside unattended during the hot summer months.”

On average, 38 children die each year from heat-related deaths in vehicles, according to KidsAndCars.org, an organization that tracks child heatstroke deaths in vehicles. In 2015, the organization counted 25 such deaths, down from 32 the year before. More than half of those deaths occurred after a parent forgot a child in the backseat of the vehicle, according to USA Today.

“A child’s body temperature can raise as much as five times faster than an adult’s,” Cars.com Editor Joe Wiesenfelder told USA Today last year. “It’s really best never to leave your kid in the car.”

Hoping to avoid rising temperatures, he told the paper that parents might be tempted to leave children inside a car with the air conditioning running, but this scenario presents problems as well.

“Children become entangled in seat belts,” Wiesenfelder said. “They can be injured by power windows, they can even set the car in motion, which unfortunately happens more than you might think.”