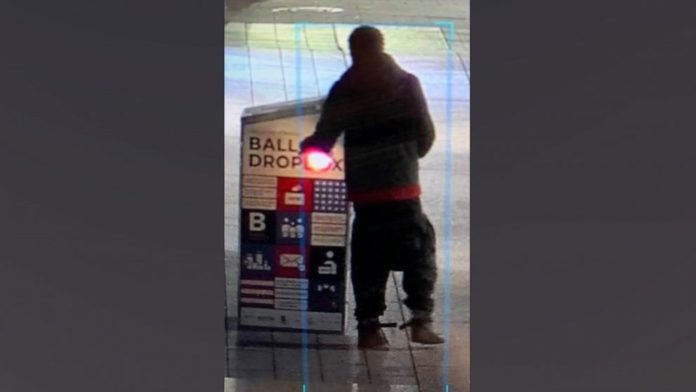 At about 10:50 PM on Sunday, October 25, 2020, officers assigned to the District D-4 (South End) Drug Control Unit were on patrol in the area of Copley Square when they observed a male matching the description of the suspect from a prior incident in which a ballot box was set on fire. Officers approached the individual and eventually were able to ascertain his identity. A query led to the discovery that the male had an active straight warrant out of Ipswich District Court for Receiving Stolen Property. The male, identified as Worldy Armand, 39-years-old, of Boston, was taken into custody.

Following a thorough investigation, members of the Fire Investigation Unit were able to identify Armand as the suspect in the incident described below.

At about 4:11 AM on Sunday, October 25, 2020, officers assigned to District D-4 (South End) responded to a request for BPD response to the area of 700 Boylston Street in Boston. On arrival, officers observed Boston Fire on scene tending to smoke coming from an early voting ballot box. The ballot box appeared to be on fire, but the firefighters were unable to determine if the fire was burning inside of the box. Eventually, crews were able to extinguish the fire by filling the ballot box with water.

We're encouraging any Boston voter who deposited their ballot at the Copley Square dropbox between 2:30 p.m. on Saturday, October 24, and about 4 a.m. on Sunday, October 25, to check the status of their ballot by calling 617-635-2211.

Armand is expected to be arraigned in Boston Municipal Court on the charge of Willful and Malicious Burning.