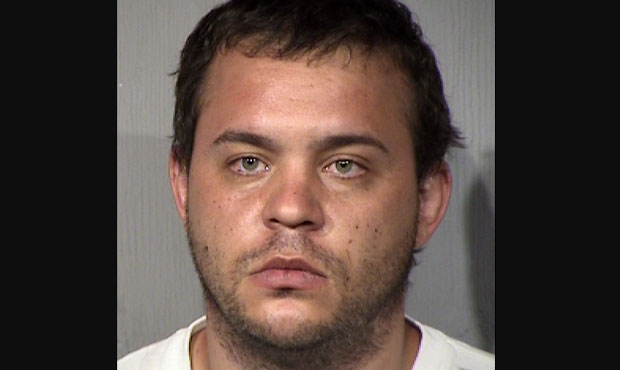 The Phoenix Police Department has​ arrested a man in connection with a fire at the Maricopa County Democratic Party office building.

Matthew Egler was arrested Wednesday morning on arson charges. The 29-year-old was a former volunteer at the office but had recently been banned from continued volunteer service “due to the nature of his previous behavior,” officials said.

The fire happened after midnight on Friday, July 24 at the offices near Central and Thomas in Downtown Phoenix. ​​​​The fire was extinguished but not before causing substantial damage to the building.

ARREST MADE: 29-year-old Matthew Egler has been arrested in connection with the fire set to the Democratic Party Headquarters. The fire happened after midnight on Friday, July 24 near Central and Thomas in Downtown Phoenix. The fire caused substantial damage to the building. pic.twitter.com/6cXhOppySA

Investigators from the Fire Investigation Task Force, comprised of the Phoenix Fire Department and Police Department and in partnership with the ATF, investigated the fire. Surveillance video showed a man arriving alone in a car in the overnight hours. The video shows the suspect breaking glass to get into the building and then lighting an incendiary fire inside. The man then drove off.

Task Force Investigators were able to link the vehicle from the surveillance video to a family member of Egler. The car was found abandoned in Chandler.

Further investigation revealed Egler had posted information on social media linking him to the crime and threatening additional violence.

Investigators found Egler at a family member’s home in Peoria. He was arrested and booked on one count of Arson of an Occupied Structure.