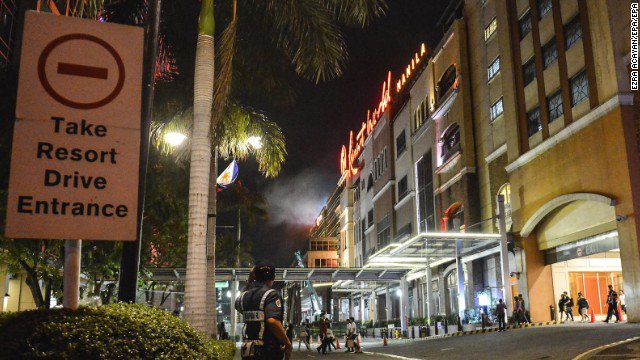 Philippine armed forces later said police had full control of the incident and nobody was shot. Officials said ‘only tables’ were set on fire.

Trump incorrectly labeled what officials say was a suspected robbery in the Philippines as a “terrorist attack” https://t.co/mZcsC7MD8b pic.twitter.com/LQqQQaFiXH

SITE reported the Islamic State is claiming responsibility for the siege, this was not confirmed by Breaking911.

The suspect was later found dead after reportedly setting himself on fire inside of the establishment. 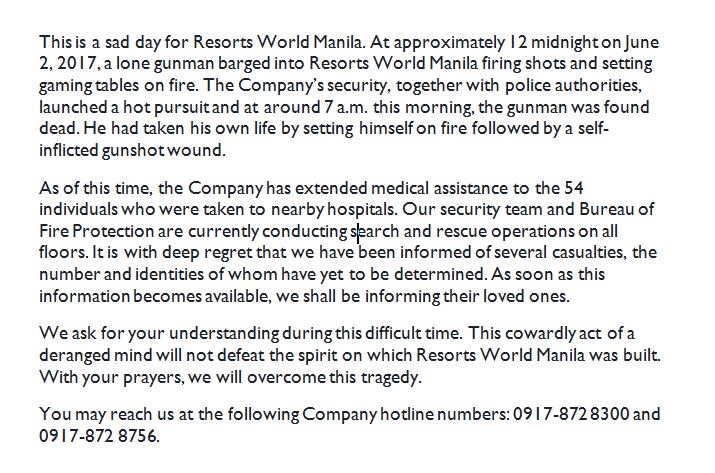 CNN Philippines reported: The victims did not appear to have been shot, but indications were that they had suffocated, Bureau of Fire Protection, Southern Police District Director P/Supt. Tomas Apolinario said.

“It’s too early to tell, but so far as we are concerned there was no ISIS,” [the official] said.
“If this is ISIS, all the people gambling inside should have been shot or already been bombed. He didn’t hurt anyone. Those who were injured got their injuries when they jumped from the windows,” he added.

Video posted online showed gunfire and a massive police response—people were seen running from the building in panic.

Stay away from Resorts World right now. There are reports of a terrorist attack. The casino is on fire and people are being evacuated. pic.twitter.com/neGQ2mEzR0

Thick smoke coming off the top floor of Resorts World MNL. Gunshots were allegedly heard by people inside the casino area | @dexcabalzaINQ pic.twitter.com/UicWMywKFV

just in: a gunfire was heard at resorts world manila in pasay city around midnight.