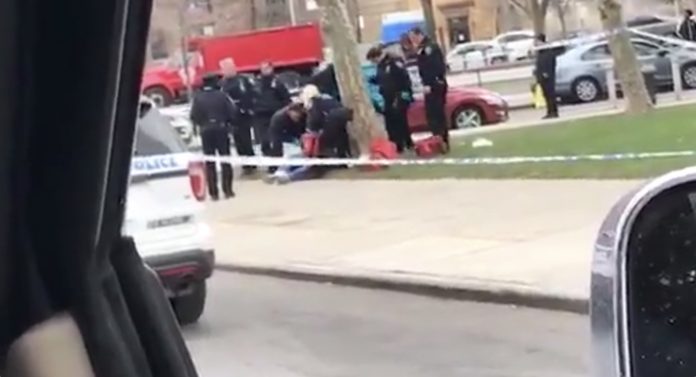 NEW YORK — At least three people were injured in a stabbing outside of a Brooklyn high school Tuesday. Multiple police units and ambulances responded.

The scene is at Lincoln High School—2800 Ocean Parkway. The school was briefly under a ‘shelter-in-place’ order.

Three black male suspects were taken into custody by officers from the NYPD’s 61 Precinct.

They were apprehended as they were entering the subway on Avenue Z and East 16 Street.

Video From The Scene:

The victims’ injuries are believed to be non-life threatening. It was unclear how the altercation started.