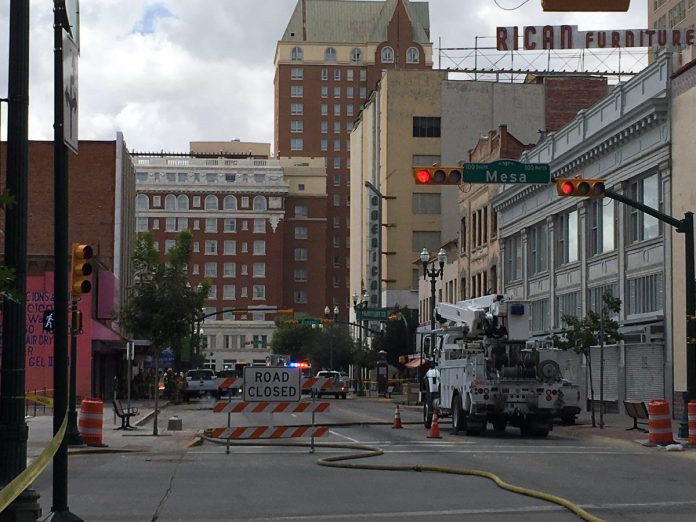 TEXAS — Fire crews were responding to an underground fire in downtown El Paso on Wednesday.

The 100-300 block of San Antonio and Mesa and San Antonio were evacuated, officials said.

El Paso Electric wrote on Facebook: “Due to a downtown fire in a street hole, El Paso Electric has de-energized power in order for El Paso Fire Department – Official to safely bring fire under control. Approx 13 customers out of lights. Once it is safe to do so, EPElectric will re-energize the lines. Please be safe in the affected areas.”

A total of 12 fire units and 28 firefighters responded.

It was unclear how the blaze started.

No injuries have been reported.

A total of 12 units and 28 firefighters working on underground fire at 100 block of E. San Antonio. pic.twitter.com/ZlA3e95Bxd