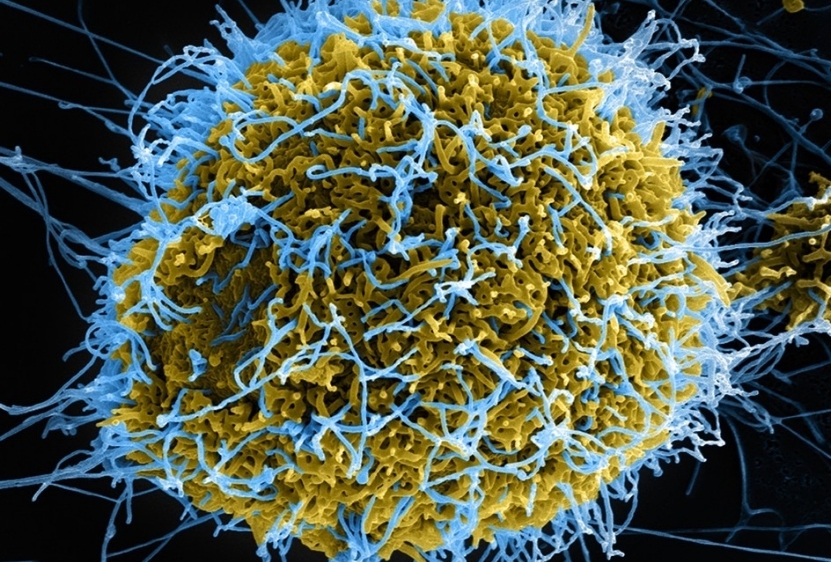 The Ebola virus mutated to more effectively infiltrate human cells during the West African outbreak that killed more than 11,300 people between 2013 and 2016.

That’s the finding of two teams of virologists in studies published Thursday in the journal Cell. The scientists identified a mutation that changed the part of the virus that fits into receptors on the exterior of the host cell.

Mutant versions of this molecular key were “better at fitting into the lock and got into the cell better,” said Jeremy Luban, a virologist at the University of Massachusetts Medical School and the lead author of one of the studies. Once inside the cell, the virus could hijack its reproductive machinery and begin making copies of itself. Within months of the first appearance of this mutated strain, it was able to dominate the epidemic. At least 90 percent of those who were infected contracted the mutant version of the virus.

According to Luban, “It’s very difficult to prove that a mutation like this is responsible for the severity of the epidemic. . . . But it would have to be a pretty amazing coincidence.”

The Ebola epidemic that began in Guinea in late 2013 was the biggest in history – 100 times more people were infected than in any previous outbreak. That meant the virus itself had an unprecedented number of opportunities to evolve. Over the course of 28,000 infections, it seemed likely that the virus would pick up a mutation that helped it infect people, which is how it reproduces, and that natural selection would help that mutation spread.

But early analyses of new mutations in the Ebola genome didn’t identify any that appeared to be adaptive. And there were plenty of nonbiological factors to explain the intensity of the outbreak, particularly the poor public health infrastructure in the hardest-hit areas and the delayed international response.

Still, “as virologists we weren’t really convinced” that the virus hadn’t adapted, said Jonathan Ball, the lead author of the other paper and a professor at the University of Nottingham in Britain. “We thought . . . some of these changes might be affecting the biology of how the virus behaves.”

He and his colleagues reconstructed the evolutionary tree of Ebola virus, pinpointing places where the pathogen took on a genetic change. They noticed that one mutation – a single nucleotide change on a gene responsible for building the glycoprotein “key” – seemed particularly persistent.

Ball’s team attached that mutant glycoprotein to a different virus (Ebola virus is so dangerous that it’s rarely experimented on in labs) and tested its ability to infiltrate host cells. They found that the mutant was much more efficient at entering the cells of humans and other primates than the standard version. The mutant was less able to infect the cells of bats, however – the presumed reservoir animal that harbors Ebola between human outbreaks.

“Once it’s in humans, that’s the new host,” Ball said, “It’s really got to acquire adaptations and get the most fit for in human-to-human transmission.” And that’s what it appears the Ebola virus did.

During the same time, Luban – who normally studies HIV – was conducting an unrelated experiment on an array of viruses, including Ebola. He noticed that one Ebola variant was particularly good at infecting cells. Working with epidemiologists, he identified this variant as a mutant that arose early on during the outbreak, then spread throughout the region.

It was only after both research teams began writing up their findings for publication that they realized they’d identified the same mutation, which they call glycoprotein mutant A82V (A and V stand for the nucleotides that were switched; 82 indicates the spot in the genome).

“We feel that the two papers together make a really powerful case,” Ball said.

The A82V mutant probably died out at the end of the outbreak. Because it is less effective at entering nonhuman cells, it was unlikely to jump back into the reservoir population of bats. It’s difficult to say whether knowing about the mutant sooner could have helped public officials respond to the virus.

But both researchers believe it’s essential to understand how viruses adapt as they spread from person to person.

“I think really what it does say is you need to be carefully monitoring what’s happening to viruses as they spill over,” Ball said. “We know that these viruses are causing human infection, we know that they’re evolving, but do we really know what that evolution means?”