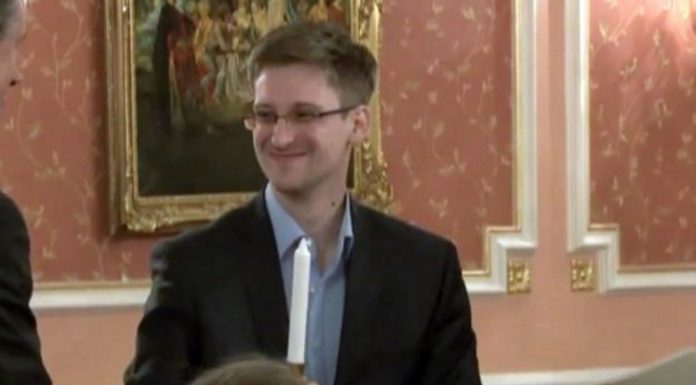 WATCH: (Scroll Down For Video) The Former CIA director has claimed that Edward Snowden should be hanged by the neck in the wake of the Paris attacks.

James Woolsey said on Thursday that Snowden, a former NSA contractor who leaked confidential information in 2013, should be convicted of treason.

‘It’s still a capital crime, and I would give him the death sentence, and I would prefer to see him hanged by the neck until he’s dead, rather than merely electrocuted,’ Woolsey reported to CNN.

The former CIA head said Snowden is partly responsible for the Paris attacks that left at least 132 dead and hundreds of people injured last week.

He added that Snowden’s leak was ‘substantial’.

Woolsey’s comments echoed current CIA Director John Brennan’s sentiments from earlier this week, when Brennan said ‘unauthorized disclosures’ such as the Snowden leaks have made it ‘much more difficult’ to track down terrorists.