HOUSTON, Texas — On Sunday, deputies with Constable Mark Herman’s Office responded to the 5200 block of Dauntless Drive in reference to a disturbance between family members.

While investigating the scene, another family member, later identified as Victor Crockett arrived to the location and attempted to physically assault one of the parties involved in the disturbance. A female Deputy Constable attempted to intervene and the suspect then struck her in the face with a closed fist and proceeded to assault his family member.
Additional deputies on scene were able to safely apprehend him. 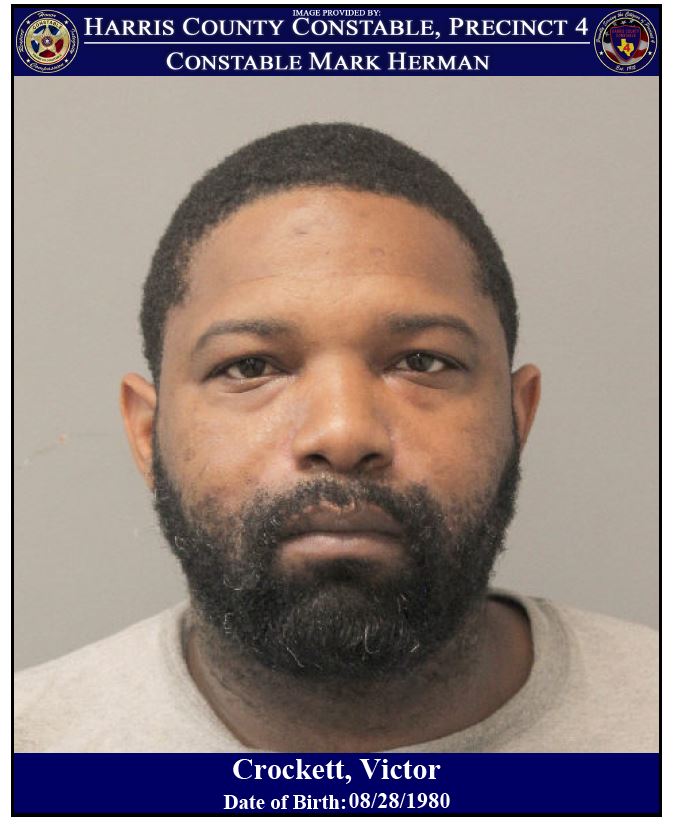 The injured deputy was transported to a local hospital and is expected to make a full recovery.

Victor Crockett was arrested and booked into the Harris County Jail, charged with Assault on a Peace Officer and Assault-Family Member. His bond was set at $10,000.00 out of the 183rd District Court for Assaulting the female deputy and received No Bond out of County Court 15 for Assaulting his family member.