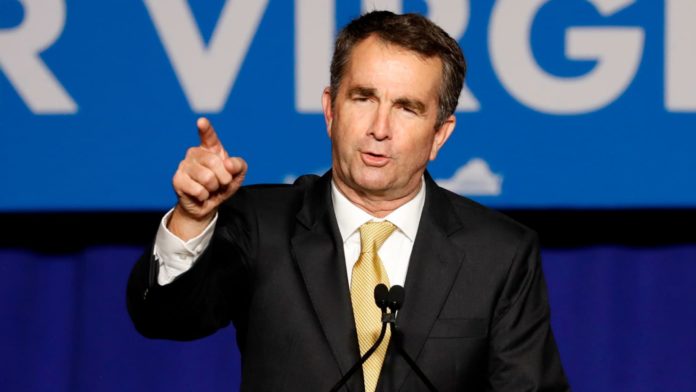 RICHMOND – Virginia Governor Ralph Northam denied that he is not in a viral controversial offensive image featuring individuals wearing blackface and a Klu Klux Klan uniform that has prompted members of his Democratic Party to call for him to resign. 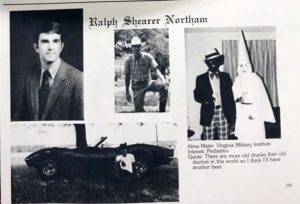 Though he is not in the yearbook photo — saying “that’s not who I am” — Gov. Northam admitted to past “mistakes”, instead tolling reporters in front of the governor’s house that there was a separate incident when he put darken product on his face to dress up as Michael Jackson in 1984, the first year in San Antonio after medical graduation — which he distinctly recalls.

The announcement that he confused the yearbook photograph with a scenario where he wore blackface for Michael Jackson comes a day after he apologized and said he was indeed one of the individuals in the image — he said he apologized due to immense pressure.

In San Antonio, Northam dressed up in “the shoes, the gloves” in the style of Jackson for a dance contest that he said he won. The governor said that he had described that he had put on “some polish” to a campaign aide and asked at the time if that was offensive, to which the aide responded: “yes”.

Northam explained that he had talked to a prior classmate who said that it was possible the yearbook could have had mistakes in planning, a process the Democrat said he was not around for as he was involved in military rotation.

The Virginian-Pilot initially published the photo and an accompanying story on Friday — though the same image had appeared earlier in far-right media sources. The Virginian-Pilot and The Washington Post obtained the yearbook page photo from Eastern Virginia Medical School.

In a statement on the Eastern Virginia Medical School’s website, President Richard Homan said the image of one person in blackface and another in a Klu Klux Klan uniform is “absolutely antithetical” to the school’s principles, morals and values.

Homan apologized for “past transgressions of your trust”, saying that he will convene a meeting of leadership and other to address the issue.