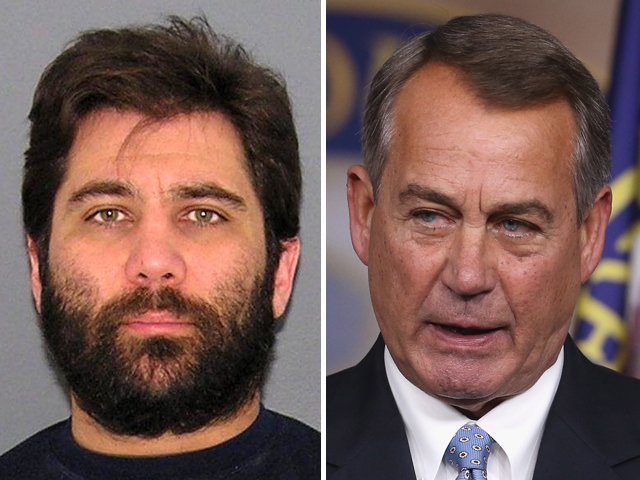 Cincinnati –  The suspect, 44 year-old, Michael Robert Hoyt faces charges of threatening to kill the congressman, including threats to poison his drink at Wetherington Country Club in West Chester Twp., according to WCPO-TV.

Hoyt called police on Oct. 29, a week after being fired from the club, and blamed Boehner.

Then police visited Hoyt at his home on Matson Avenue in Deer Park.

Officers said Hoyt also told them he wished he had enough time to put something in Boehner’s drink.

The voices allegedly told him Boehner was evil.

Hoyt called police because, according to court documents obtained by the TV station, he was trying to expose Boehner as the devil.

On deportation trip, ICE flew home 124 US citizens from El...