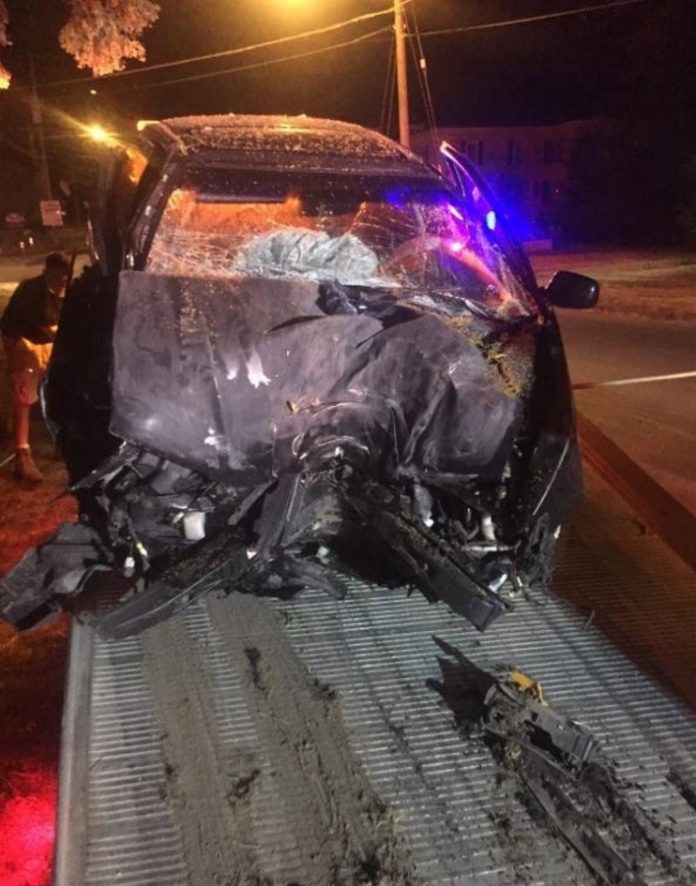 A man swerved and crashed his car into a tree while playing the popular Pokémon Go game.

The incident happened Tuesday night in Auburn, N.Y., and it comes as police and transportation departments across the country are warning players to use caution when using the popular new app on their phones.

Police in Auburn said that the crash happened just before 11 p.m. and that the driver “admitted to actively playing” Pokémon Go “while driving causing him to become distracted and run off the roadway into a tree.”

A photo that the police department put out shows a very crushed front end of a car.

“Luckily,” police said in a statement, the driver “was not seriously injured but this is an example of how easily accidents can occur when someone is engaged in the game and not paying attention.”

The investigation into the Auburn crash is ongoing, police said. Officials reminded people that “using common sense while playing the game should be paramount above everything else.”

In Washington, D.C., the game has also created controversy with people playing it at popular tourist sites, including the Holocaust Memorial Museum and at Arlington Cemetery.