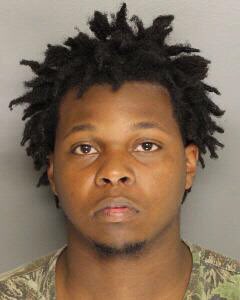 “I stated before that Berkeley County will not tolerate brutal attacks against our citizens.” Berkeley County Sheriff Duane Lewis stated. “The work that detectives completed around the clock to identify this individual proves that. Members of our community assisted in the process to find the person responsible. We are asking that same community to please help us get this dangerous man in custody. If you know where Gadson is, we want to know immediately.”

Gadson is considered to be armed and extremely dangerous. He is known to frequent the Eutawville and Cross area. Gadson also has ties to Beaufort.
The Berkeley County Sheriff’s Ofﬁce continues to investigate. Anyone with information about the shooting is urged to call (843) 719-4465 or Crime Stoppers at (843) 554-1111.