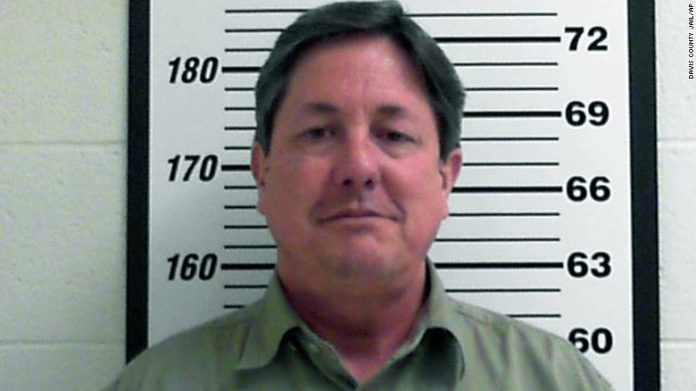 The leader of a polygamous Utah sect may have came up with a simple but slippery way to escape law enforcement late last month: olive oil.

Lyle Jeffs, the leader of The Fundamentalist Church of Jesus Christ of Latter-day Saints (also known as FLDS) was initially being held in jail after federal authorities arrested him and 10 other church leaders over a food-stamp-fraud case earlier this year.

Despite pleas from federal prosecutors and estranged family members who warned that Jeffs would escape, U.S. District Court Judge Ted Stewart ultimately decided to release him in early June because his trial was delayed. He would come to regret his decision less than two weeks later when he escaped.

The FLDS church, which splintered off more than 70 years ago from the mainstream the Church of Jesus Christ of Latter Day Saints, is known widely for its polygamy and came under national scrutiny when the church’s self-described “prophet” Warren Jeffs was sentenced to life in prison in 2011 for raping a child. Its legal troubles didn’t end there. Church leaders have also been previously accused of harsh child-labor conditions and more recently of running a $12 million food stamp fraud and money-laundering scheme. Members live in remote areas of Utah and Arizona and are highly secretive and distrustful of the government.

The Southern Poverty Law Center has described FLDS as a “white supremacist, homophobic, anti-government, totalitarian cult.” In his sermons, Warren Jeffs has declared homosexuality “the worst evil act you can do, next to murder,” and has implored women to “build up young husbands by being submissive.”

Although Judge Stewart had set strict conditions upon Jeffs pretrial release; he was confined to his Salt Lake County home with few exceptions, told he couldn’t contact various people affiliated with the sect, and was made to wear a GPS monitoring device, the polygamous leader managed to escape federal authorities, and is still yet to be found.

“He used a substance which may have been olive oil to lubricate the GPS tracking band and slip it off his ankle,” FBI Special Agent In Charge Eric Barnhart told Fox 13. Investigators believe that Jeffs removed his ankle bracelet at some point on June 18th, local media reports, because federal agents were in contact with him earlier that day but lost contact during the evening hours. After speaking with Jeff’s neighbors, investigators told The Salt Lake Tribune that witnesses saw “a newer model dark [Ford] Mustang” leave his garage sometime during the night.

The next day the FBI issued a warrant for his arrest.

Jeffs’ rather surprising method of escape raised eyebrows, and could make some wonder whether it’s actually that easy to slip off an ankle monitor. Investigators told local media that Jeffs managed to escape without setting off any alerts because he didn’t damage the monitor as he was taking it off. “It wasn’t enough to actually sever the fiber-optic connection,” Sandra Yi Barber, a spokeswoman for the FBI’s Salt Lake City Division told local media.

Others aren’t that surprised that Jeffs escaped. His brother, Warren Jeffs, was also one the run for months in 2006 before police caught up with him in Las Vegas, according to The Daily Beast, where they caught him riding in an Escalade filled with disguises such as wigs and sunglasses.

Former FLDS members suspect that Jeffs is holed up in one of his many hiding spots, according to media reports. “He’s got people that will buy him a house in a heartbeat,” Matt Jeffs, one of Lyle’s sons told The Salt Lake Tribune. Known as “the house of hiding network,” which was created around 2004 by Lyle’s brother Warren Jeff, houses exist all across the country such as in Idaho, Nevada and Texas.