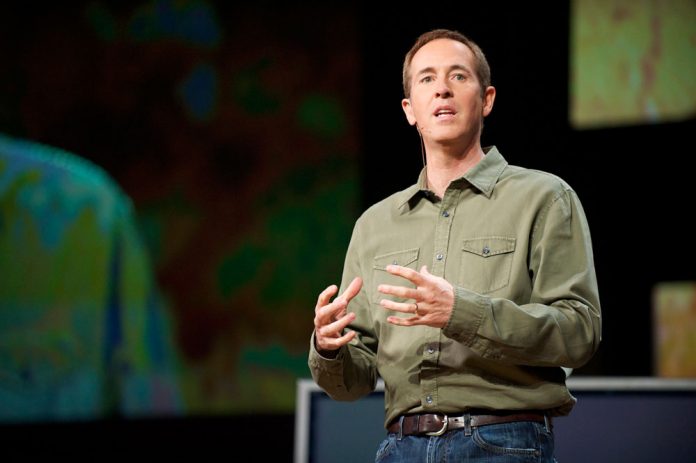 The pastor of one of America’s largest megachurches stirred up Christmas controversy after preaching that the story of Jesus’ virgin birth is not crucial to the Christian faith.

“If somebody can predict their own death and resurrection, I’m not all that concerned about how they got into the world,” Andy Stanley said in a Dec. 4 sermon at North Point Community Church, which draws 36,000 attendees across six locations in suburban Atlanta. “Christianity doesn’t hinge on the truth or even the stories around the birth of Jesus. It hinges on the resurrection of Jesus.”

In the days leading up to Christmas, fellow Christians defended the significance of the virgin birth. Southern Baptist Theological Seminary President Al Mohler addressed Stanley’s remarks about the Virgin Mary on his podcast, saying: “If Jesus was not born of the virgin then the Bible cannot be trusted when it comes to telling us the story of Jesus, and that mistrust cannot be limited to how he came to us in terms of the incarnation. The fact is that biblical Christianity and ultimately the Gospel of Christ cannot survive the denial of the virgin birth. Because without the virgin birth, you end up with a very different Jesus than the fully human, fully divine savior revealed in scripture.”

The Baptist Press wrote that Stanley “doesn’t have a problem” with the people who doubt the biblical Christmas story. In his sermon, Stanley acknowledged that some people dispute the miracle of the virgin birth as a later addition or because it does not appear in two of the Gospel accounts, those of Mark and John.

“I am often misunderstood because of my communication style. I frequently verbalize what I know unbelievers and those who have left the church believe, assume or remember a college professor saying,” Stanley said in a response Friday to The Washington Post.

Some of the common arguments against the virgin birth he referenced in his sermon were raised by Nicholas Kristof on Friday as he interviewed New York pastor Tim Keller in his latest New York Times column. Kristof has questioned this particular Christian teaching in his writing since at least 2003 (and Mohler has faithfully come to its defense).

Keller’s response in Friday’s column was similar to Mohler’s. “If it were simply a legend that could be dismissed, it would damage the fabric of the Christian message,” the Redeemer Presbyterian pastor said. He pointed to belief in the resurrection and the Apostles’ Creed – which affirms that Jesus was “born of the Virgin Mary” – as generally the best measures of Christian faith.

Annual nativity scenes and Christmas pageants commemorate the story of Jesus’ birth as recounted in the Bible, and historians and scholars have long debated the authenticity of the virgin birth. Following Old Testament predictions that God would send a sign to the people of Israel (“Behold, a virgin shall conceive”), an angel told Mary that she would give birth to a child, even though she was a virgin. “The Holy Spirit will come on you, and the power of the Most High will overshadow you. So the holy one to be born will be called the Son of God,” he tells Mary in Luke 1:35.

This is not the first time Stanley, the son of First Baptist Church of Atlanta pastor and former Southern Baptist Convention president Charles Stanley, has had to defend remarks from his sermons. Earlier this year, after critics accused him of downplaying the authority of scripture, the nondenominational pastor attributed the issue to his nontraditional preaching style.

“The real story is the handful of Southern Baptist professors and writers (not so much preachers) who seem to have nothing else to do but listen to bits and pieces of my messages,” he said in his statement to The Post. “Anyone who listens to all three [sermons in the series] will know that I stand firmly within the orthodox Christian tradition regarding the incarnation of Jesus – including the birth narratives as presented [in] Matthew and Luke.”

Stanley also said he believes people can become Christians without knowing the narratives around Jesus’ birth.

Nearly two-thirds of Americans believe that the Christmas story, which recounts Jesus being born to a virgin and laid in a manager, “reflects events that actually happened,” according to a 2014 Pew Research Center survey. Among Christians, 8 in 10 believe in the Christmas story and virgin birth, and among the unaffiliated, 2 in 10 still believe.

The Christmas accounts in Matthew and Luke – familiar to anyone who’s watched “A Charlie Brown Christmas” – get cited as evidence that Jesus was born according to the Old Testament’s predictions about a coming Messiah.

The virgin birth also relates to the Christian understanding of Jesus as fully human and fully God. “If his birth were like any other human birth – through the union of a human father and mother – we would question his full divinity,” wrote pastor Kevin DeYoung in a post explaining the theological significance of the teaching.

Evangelical magazine Christianity Today has written previously on how the belief that Jesus was “conceived by the Holy Spirit” and “born of the Virgin Mary” has broader implications for Christians: “First, that in the coming of Jesus we have neither a mythological marvel nor a natural possibility, but a true work of God, and second, that, as Jesus was born from above, so all members of the new humanity must be born again to newness of life in him.”

Skepticism over the virgin birth is more prevalent among Christians who do not take the Bible literally (or maybe do not consider the Bible inerrant or literally true), including some in mainline denominations. Some argue that it’s a mistranslation of the word “young woman” for “virgin,” while others attribute it to the common trope of applying a miraculous birth to major historical figures.

The Catholic Church teaches that the Virgin Mary was also conceived without sin to carry Jesus (the “Immaculate Conception” applies to hers, not his) and that she was “assumed” into heaven at the end of her life. Catholics name Mary as “blessed among women” and venerate her as a saint for her miraculous life.