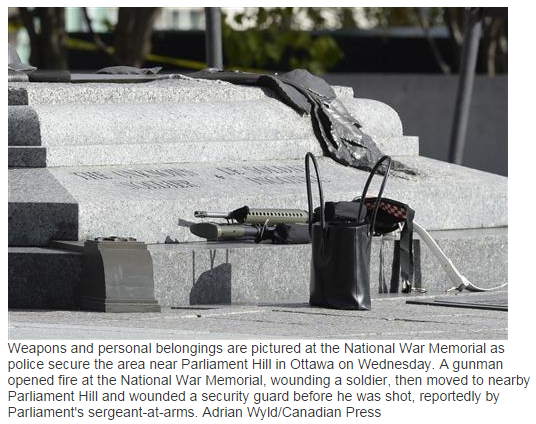 U.S. officials revealed Zehaf-Bibeau’s identity to CBS News. CBC said soon after that it had confirmed the identity.

The officials say Zehaf-Bibeau is a Canadian who was born in 1982.

There is at least one other suspect at large, Little reported. CBS reports Ottawa shooting suspect was born in Quebec as Michael Joseph Hall. He’s a recent convert to Islam

Ottawa police spokesman Chuck Benoit told CBS that two or three gunmen may have been involved.

On deportation trip, ICE flew home 124 US citizens from El...