PICTURED: (Scroll Down For Image) A picture has now surfaced, showing the body of the San Bernardino shooter Syed Farook, handcuffed lying in a pool of his own blood.

The photo shows Farook, dressed in all black tactical gear, lying face down on a paved road, and a pool of blood below and to the right of his head. His arms are held behind his back with a pair of handcuffs.

Police say they still don’t know what the motive for the attack was, it has since been revealed that Farook’s wife, Tashfeen Malik, had become radicalized in her Islamic faith.

A Facebook executive said that the Pakistani-born woman posted a message on the website, praising Abu Bakr al-Baghdadi, the leader of the Islamic State (aka ISIS or ISIL), during the attack.

She posted the material under an account at 11am. That was about the time the first 911 calls came in and when the couple were believed to have stormed into the San Bernardino social service center and opened fire.

The company discovered the Facebook account Thursday. It removed the profile from public view and reported its contents to law enforcement.

According to Fox News, it is believed that on at least one of Farook’s two trips to Saudi Arabia in 2013 and 2014, one or both of the spouses reached out to suspected members of al Qaeda. 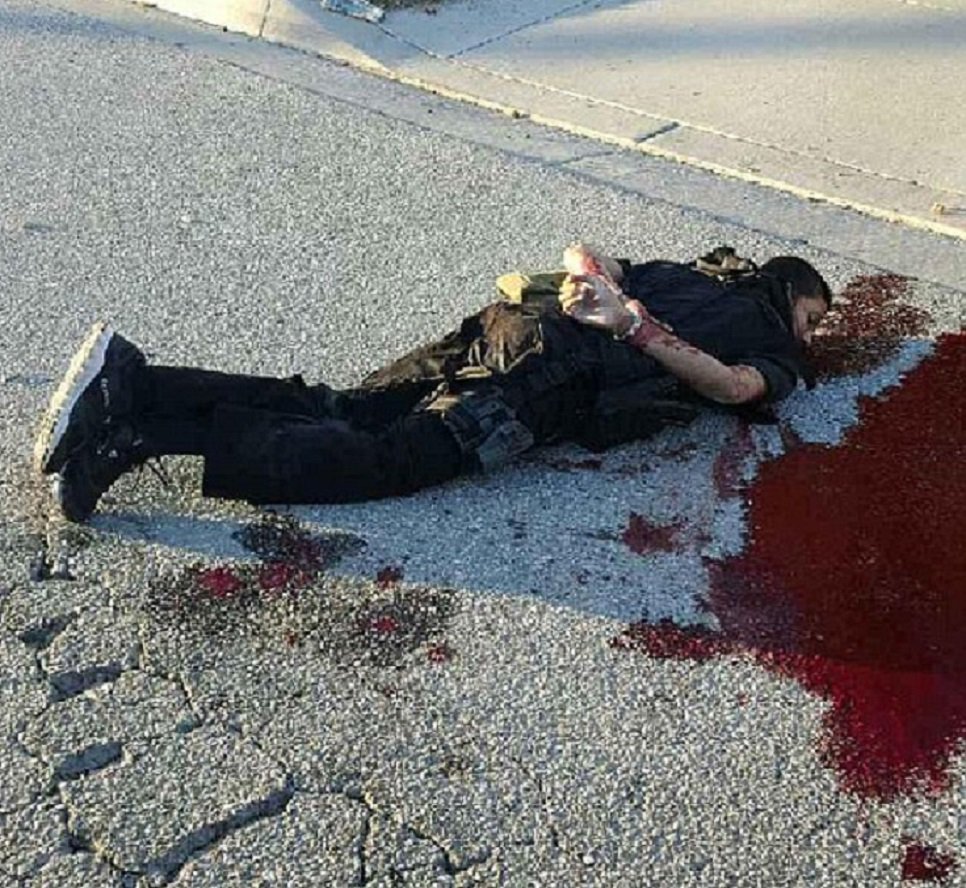