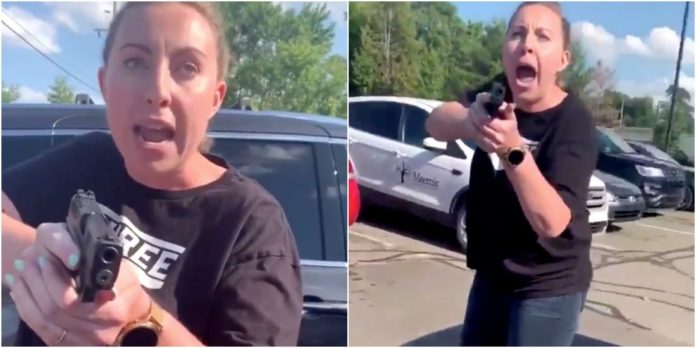 LAKE ORION, Mich. – A heated argument between a white woman and a black mother and daughter at a Lake Orion restaurant parking lot ended with a gun being pulled and pointed at the mom and daughter.

The Oakland County Sheriff’s Office released a statement: “We have received many inquiries regarding the incident which occurred at Chipotle in Orion Township last night. Sheriff Bouchard will hold a press conference later today addressing this event.”