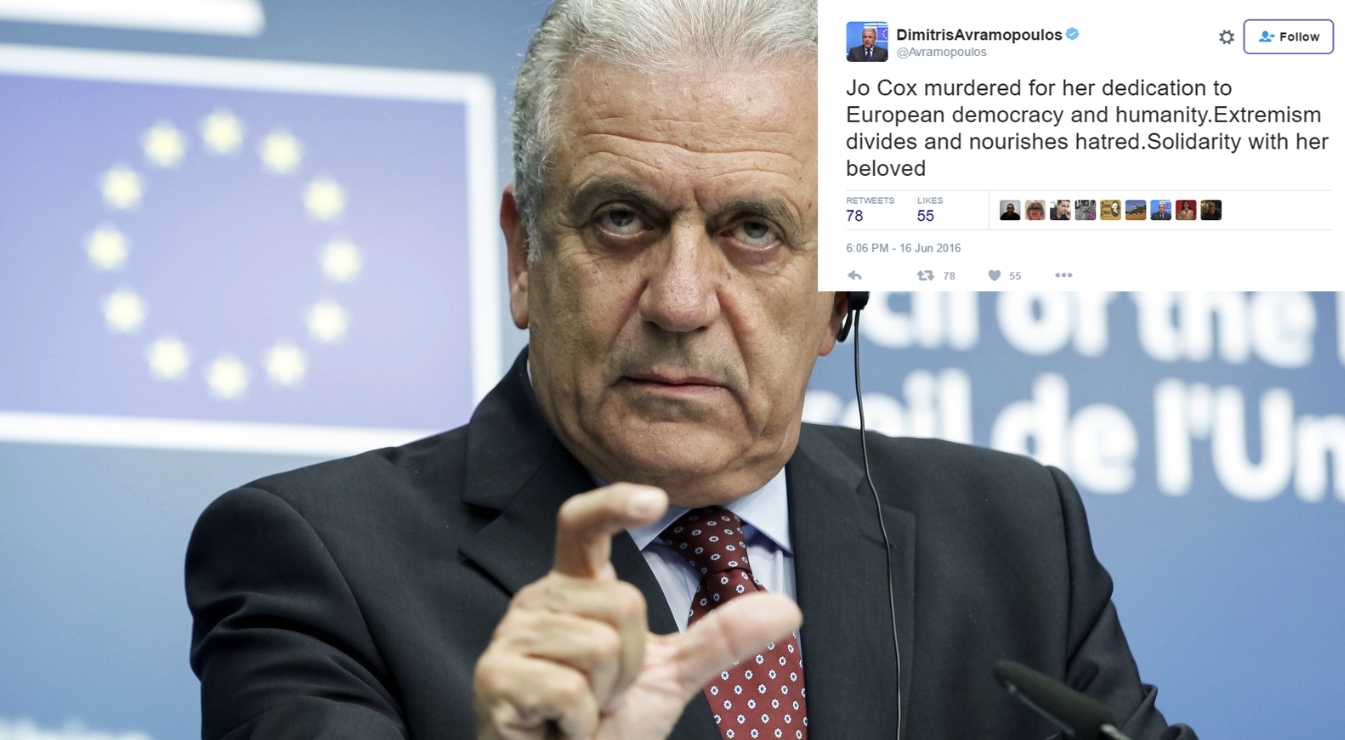 Labour MP Jo Cox has been shot and killed in an attack in Yorkshire today.

The 41-year-old mother of two was shot three times and stabbed as she intervened between a dispute.

Dimitris Avramopoulos, EU Commisioner for Migration, has claimed that Jo Cox was murdered for her dedication to European democracy, despite the fact that no motive was found.

According to Breitbart, her killer had mental health problems and neighbors confirmed that he did not belong to any political party or pressure group.

His neighbors also confirmed that he never expressed any views regarding Europe.

There is no evidence to suggest that the killing of Jo Cox was politically motivated, the claims that he shouted ‘Britain First’ have now been redacted after witnesses confirmed he didn’t say that.

Remain and leave campaigners have now suspended their political campaigners as a result of the MP’s death.

It is not known how Avramopoulos came to the conclusion that Britain’s membership of the European Union played a part in Cox’s death.

Hundreds of people replied to Avramopoulos’s Tweet and expressed their outrage for politicizing a persons death.