Anti-Crime Police Officers Agosto and Jackson of Police Service Area 2 observed two men inside a Honda Civic not wearing their seat belts while driving along Brooklyn’s Georgia Avenue shortly after noon time in.

When the officers tried to stop the vehicle the driver sped away, going against traffic and ignoring numerous stop signs. The police officers followed the car until they observed the driver strike another vehicle and crash into a parked car. The two men fled on foot, but the driver was apprehended after a short chase.

A loaded AK-47 assault rifle was later recovered inside the vehicle. The 29-year-old man was charged with Criminal Possession of a Weapon, Reckless Endangerment and numerous traffic violations. 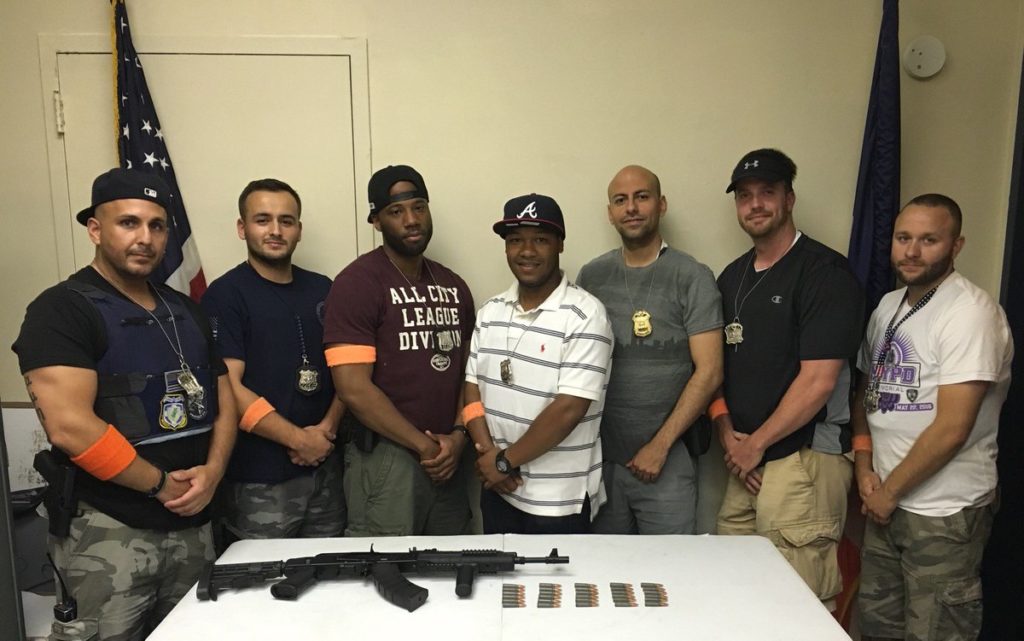