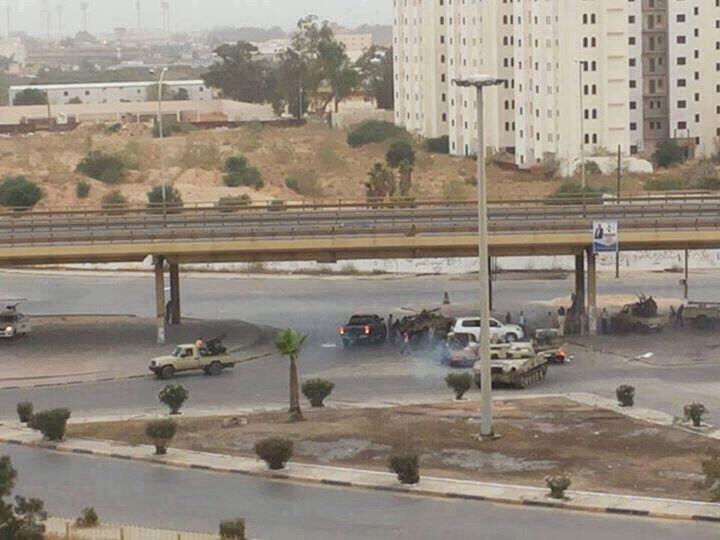 Details of the armed group were unclear, but a spokesman for retired Libyan general Khalifa Haftar said his irregular forces had carried out the assault as part of his campaign against Islamist militants.

“These are members of the Libyan National Army,” Mohamed al-Hejazi, spokesman for the group said, using the name of the irregular forces loyal to Haftar.

Heavy smoke billowed from the parliament building, and a Reuters reporter said gunmen had closed the streets leading to legislature. Another witness said gunmen had kidnapped two people from the congress.