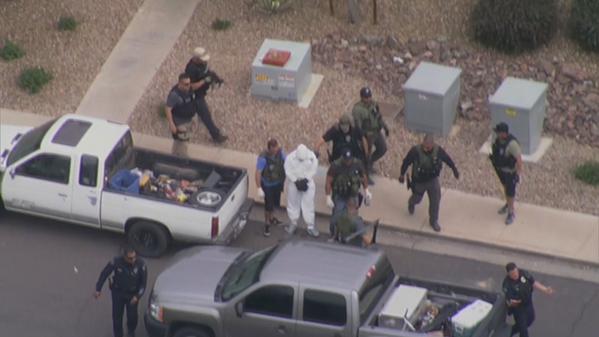 MESA, Ariz. — At least six people have been shot near Main street and are being treated by paramedics. One person has been confirmed dead.

Police working an active shooting scene and warned residents to avoid the area. Westbound Main Street has been closed from Alma School to Dobson as police continue to investigate, according to ABC 15.

More victims are reported at four or five other locations.

The suspect: White male in his 40s. He is bald. He was last seen wearing a grey shirt and dark shorts or pants. He has a tattoo on his neck.

Mesa is a city in Maricopa County, in the State of Arizona and is a suburb located about 20 miles east of Phoenix. Mesa is the central city of the East Valley section of the Phoenix Metropolitan Area.