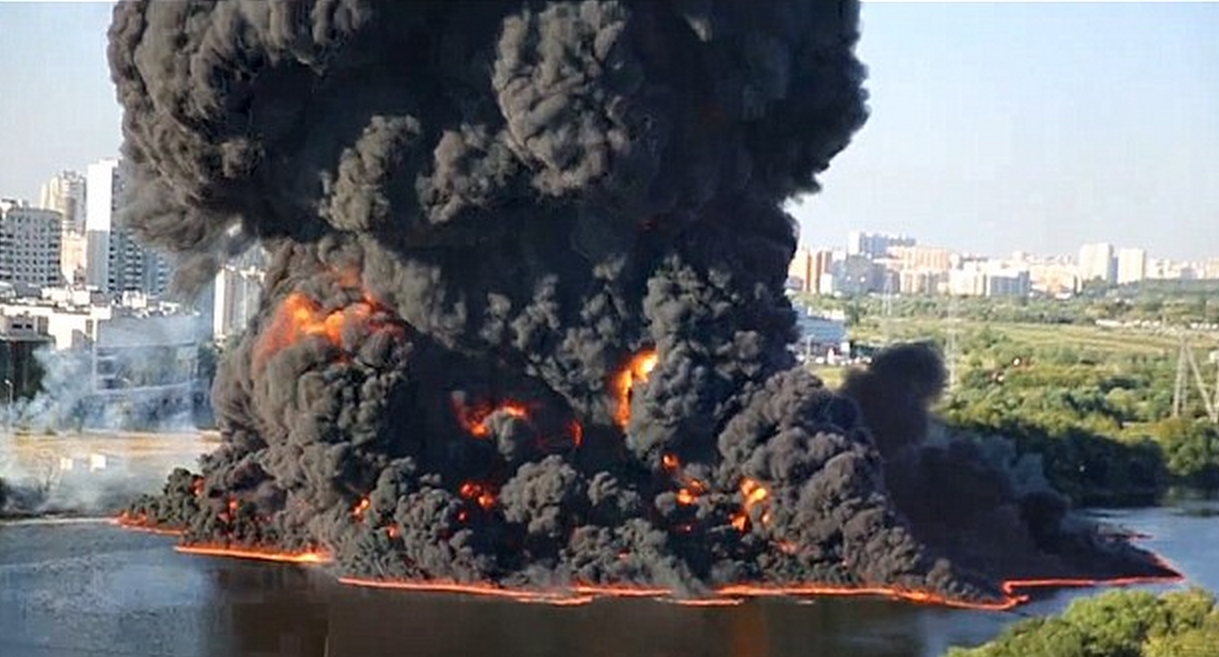 WATCH: (Scroll Down)  A large fireball and a huge black cloud of smoke engulfed a Moscow River and the frightening scene was captured all on camera.

The rupture of an underwater oil pipeline is said to be to blame for the fireball, which erupted close to the site of an oil refinery.

A plume of thick smoke polluted the air as a result of the fire in southeast Moscow which could be seen almost a mile away in the Red Square.

No fatalities have been reported but three bystanders including a child were taken to hospital for respiratory issues caused by the smoke.