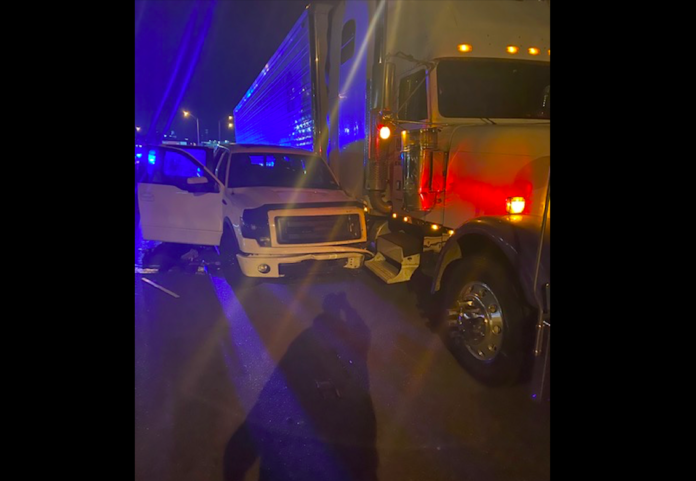 The two persons killed by gunfire within a stolen Ford F-150 pickup truck on I-24 east near downtown just after 3 Tuesday morning 12-Year Old Driver, 14-Year-Old Passenger Killed In Shooting On Nashville Interstate have been identified as the driver, Abdiwahab Adan, 12, and the driver’s side rear passenger, Donquez Abernathy, 14.

A 14-year-old female, who was in the front passenger seat, and a 16-year-old male, who was seated behind her, are being treated for gunshot wounds at Vanderbilt University Medical Center. A pistol was recovered from the pickup truck.

Based on evidence and all other information available at present, Homicide Unit detectives suspect the 16-year-old of being responsible for the gunfire.

The pickup truck was stolen November 19 from Cain Harbor Drive. The keys had been left inside it.

This morning's gunfire that killed 2 persons & wounded 2 others inside a pickup truck on I -24 near downtown appears to have been contained within the truck. 1 gun was recovered from the vehicle, which was stolen last week from South Nashville. pic.twitter.com/sq9tA6U92s

Detective Jonathan Seidl is leading this investigation. No further details were released.