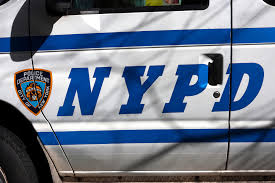 U.S. Attorney Geoffrey S. Berman stated: “As alleged, the defendant selected a clearly marked NYPD vehicle, walked up beside it, started a fire under the vehicle, and fled the scene. In allegedly doing so, he maliciously targeted law enforcement. Arson is also a threat to more than its immediate victim, with the potential to destroy and terrify far beyond the place where a fire is set. We have the quick response of members of the NYPD, FDNY, and ATF to thank for controlling the fire and identifying the defendant so he can face the significant charge for his alleged crime.”

NYPD Commissioner Dermot Shea said: “Torching an NYPD vehicle, as alleged, is not just an isolated crime but a threat to all New Yorkers. The hard work of our detectives and law enforcement partners in this case ensures there will be justice.”

According to the allegations in the Complaint:

On June 9, 2020, at approximately 1:20 a.m., Sanchez-Santa stopped his car beside a marked NYPD vehicle on West 42nd Street in Manhattan. He got out of his car, took a cloth glove in his hand and held the glove to a flame until it ignited. He then put the burning glove underneath the NYPD vehicle, and got back into his car, leaving the glove burning beneath the police car.