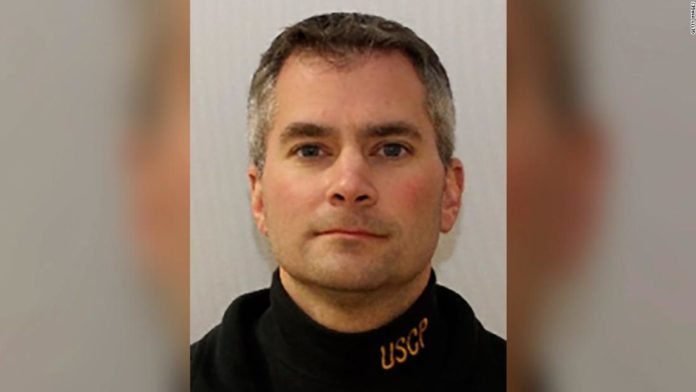 WASHINGTON – A Pennsylvania and West Virginia man were arrested Sunday for allegedly assaulting US Capitol Police Officer Brian Sicknick during the January 6th riot. Sicknick later died–although, an exact cause of death has not been determined.

According to court documents, Julian Elie Khater, 32, of State College, Pennsylvania, and George Pierre Tanios, 39, of Morgantown, West Virginia, were arrested on Sunday in connection with a complaint filed in federal court in Washington, D.C., charging them with conspiring to injure officers and assaulting federal officers, among other charges, on Jan. 6. Khater was arrested as he disembarked from an airplane at Newark Airport in New Jersey. Tanios was arrested at his home in West Virginia.

According to the affidavit in support of the criminal complaint, Khater and Tanios were at the U.S. Capitol on Jan. 6, 2021, and were observed in video footage working together to assault law enforcement officers with an unknown chemical substance by spraying officers directly in the face and eyes. During the investigation, it is alleged that law enforcement discovered video that depicted Khater asking Tanios to “give me that bear s*it.” Tanios replied, “Hold on, hold on, not yet, not yet… it’s still early.” Khater then retrieved a canister from Tanios’ backpack and walked through the crowd to within a few steps of the police perimeter. The video shows Khater with his right arm up high in the air, appearing to be holding a canister in his right hand and aiming it at the officers’ direction while moving his right arm from side to side.

The complaint affidavit states that Officers Sicknick, Edwards, and Chapman, who were all standing within a few feet of Khater, each reacted to being sprayed in the face. The officers retreated, bringing their hands to their faces and rushing to find water to wash out their eyes.

After the riot, reports initially suggested the Sicknick was hit in the head with a fire extinguisher. This report was determined to be untrue.

The medical examiner has not yet released a report on Sicknick’s death and Capitol Police say they are awaiting toxicology results.