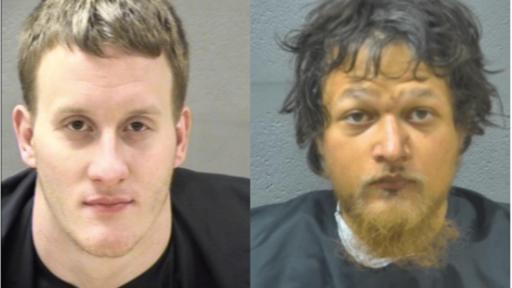 Lynchburg, VIRGINIA — The Lynchburg Police Department is investigating a home invasion that occurred on Wooldridge Circle early this morning.

Around 1:40 a.m., officers responded to the 100-block of Wooldridge Circle for a report of a burglary in progress. Police say two men knocked on the door of the home and assaulted the resident before trying to enter the home. The resident shot both suspects who suffered non-life threatening injuries.

James Franklin, 27, of Roanoke, is charged with breaking and entering and assault and battery.

Alan Douglas Mould, 26, of Lynchburg is charged with breaking and entering and assault and battery.