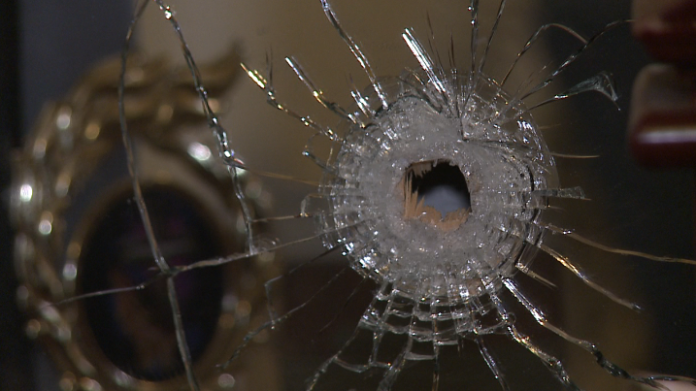 The investigation shows that the shooting stemmed from two groups arguing over payment for a short term rental. They met in the apartment complex parking lot to engage in a physical fight when gunfire erupted. The boy was inside his apartment when he sustained a graze wound to his head. More than 60 cartridge casings were recovered after the shooting, including numerous rifle rounds.

Jason Willis, 19, is charged with five counts of aggravated assault, two counts of reckless endangerment and gun possession during the commission of a dangerous felony. He is being held in lieu of $355,000 bond. Kryanu Givens, 26, is charged with evidence tampering. She is alleged to have cleaned up a blood trail that led to her apartment and is being held on $10,000 bond.

William Washington, 19, was arrested in August and remains jailed on multiple charges including aggravated assault, reckless endangerment, and gun possession during the commission of a dangerous felony.