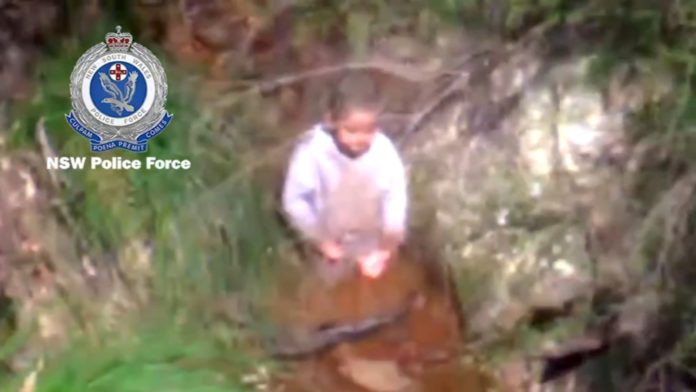 Canberra, Australia — A 3-year-old boy was located alive, sitting in a creek and cupping water in his hands to drink on Monday, three days after he was lost in rugged Australian wilderness.

Just before 12.30pm on Friday (3 September 2021), officers from Hunter Valley Police District responded to reports a non-verbal Autistic child was missing at a rural property on Yengo Drive, Putty, about 75km south of Singleton.

The three-year-old could not be located after he was last seen at a home on the property about 11.45am.

The search continued since then, assisted by hundreds of emergency service volunteers.

About 11.30am today (Monday 6 September 2021), the boy was located on a nearby riverbank by PolAir, who directed ground search crews to his location.

He has been reunited with his family.