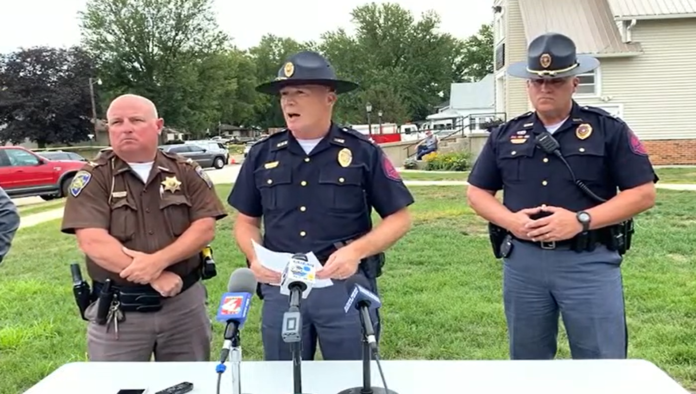 Around 3:00 a.m., officers responded to a reported explosion at a home at 209 Elm Street — One person was found dead there.

As crews were battling the fire, a second fire at a home at 503 Elm Street broke out. Officers found three people dead at that location.

State Patrol believes the two incidents are related and are searching for an unknown suspect, a “black man” who may have picked up a passenger before skipping town.

“This is a tiny, safe community, we aren’t sure if they knew each other, but everyone knows everyone in this community,” said Cedar County Sheriff Larry Koranda. “If people see something out of the ordinary, call the state patrol.”