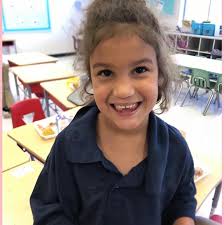 FOREST CITY, North Carolina — A young girl was fatally shot by a suspect who had been released from jail just hours earlier, police say.

On Tuesday evening, the Forest City Police Department responded to a call that reported a child had been shot inside of a car on Oak Street.

When officers arrived on scene, they found two people removing Aaliyah Norris, 7 years of age, from a car. It was also discovered that she was suffering from a single gunshot wound to the head. Officers requested assistance from the Forest City Fire Department and Rutherford County Emergency Medical Services. A short time later medical personnel requested further assistance from Regional One air ambulance. Upon arrival of Regional One, the victim was transported to Spartanburg Regional Hospital where she later died.

As officers with the police department began to investigate the shooting, they began receiving calls from the community with information regarding the incident as well as assistance from local, state and federal law enforcement partners.

As the investigation progressed, detectives with the department learned that the suspect in the incident was Shaquille Marshon Francis, 26 years of age, from Forest City.

Francis was released from jail three hours before the crime. He had been charged with assault by pointing a gun.

It was unclear why the gunman opened fire in the area.

The Forest City – Dunbar family is incredibly saddened at the loss of one of our students Aaliyah Norris. Please keep…

On Wednesday, June 24, 2020, officers with the Forest City Police Department were able to take Francis into custody without incident. Currently he has been charged with assault with a deadly weapon inflicting serious injury with intent to kill, discharging a weapon into occupied property inflicting serious bodily injury, and discharging a firearm within the city limits. These charged will be upgraded.