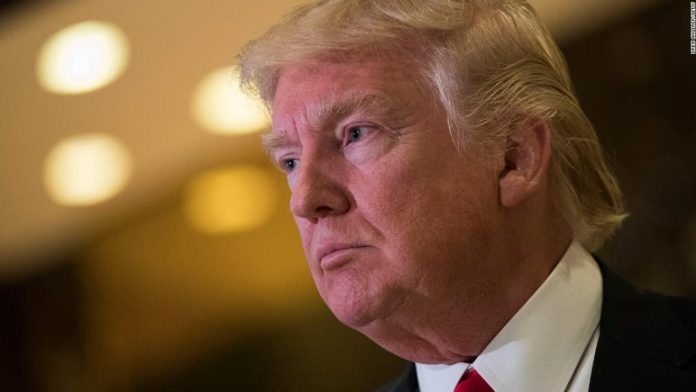 A federal appeals court on Sunday ruled that President Donald Trump’s controversial immigration order will remain suspended for the time being, allowing those previously banned from coming to the U.S. at least another day to get here.

The decision by the U.S. Court of Appeals for the 9th Circuit preserves a lower judge’s order to temporarily halt the ban – and based on a schedule the court outlined – the stop will remain in place at least until sometime Monday. The Justice Department said it would not elevate the dispute to the Supreme Court before that.

There will be a flurry of legal activity in the next few days. The appeals court asked those challenging the ban to file written arguments by 3 a.m. Eastern on Monday, and Justice Department lawyers to reply by 6 p.m. ET. They could then schedule a hearing, or rule whether the ban should remain on hold.

In the meantime, at least some people were getting onto planes and arriving in the United States, reuniting with family and friends here. Immigration lawyers, though, remained wary. At Dulles International Airport in Virginia on Sunday, many could be heard on phones, arguing with airline representatives to let their passengers board as some seemed confused over the various court rulings and what they meant.

What ultimately lies ahead likely is a weeks-long legal battle that will be waged in various courtrooms across the country over whether Trump’s ban can pass legal muster. Federal courts in New York, California and elsewhere have blocked aspects of the ban from being implemented, though one federal judge in Massachusetts declared he did not think challengers had demonstrated they had a high likelihood of success. The lawsuits now stretch from D.C. to Hawaii, and the number seems to grow regularly.

The Trump administration has been steadfast in its support of the executive order, which it says is necessary for national security reasons, and the president himself tweeted repeatedly his disdain for the, in his words, “so-called judge” in Washington state who put a stop to it.

“The judge opens up our country to potential terrorists and others that do not have our best interests at heart,” he wrote. “Bad people are very happy!”

Vice President Mike Pence said Sunday on “Meet The Press” that White House officials felt Trump was “operating within his authority as president, both under the constitution, and under clear statutory law.” Legal analysts have said the president does have broad authority to set immigration policy, though civil liberties advocates have countered that the order essentially amounts to a discriminatory ban on Muslims with no real national security purpose.

“We’re very confident that we’re going to prevail,” Pence said. “We’ll accomplish the stay and will win the case on the merits. But again, the focus here is on the safety and security of the American people.”

On Sunday morning television talk shows, some Republicans in Congress took issue with comments by the president, particularly his description of U.S. District Judge James L. Robart as a “so-called judge.”

Senate Majority Leader Mitch McConnell, R-Ky., said, “We all get disappointed from time to time at the outcome in courts on things that we care about. But I think it is best to avoid criticizing judges individually.”

McConnell went on to offer a broader critique of Trump’s executive order than he had previously: “We all want to try to keep terrorists out of the United States. But we can’t shut down travel. We certainly don’t want Muslim allies who have fought with us in countries overseas to not be able to travel to the United States. We need to be careful about this.”

Several federal judges have ruled against the administration on its implementation of the ban, though the case now before the 9th Circuit is perhaps the most significant one. It stems from a lawsuit brought by the states of Washington and Minnesota, which alleged the immigration order was “separating families, harming thousands of the States’ residents, damaging the States’ economies, hurting State-based companies, and undermining both States’ sovereign interest in remaining a welcoming place for immigrants and refugees.”

Responding to those arguments, Robart temporarily halted the ban on Friday. Then 9th Circuit Judges William C. Canby Jr., who was appointed by Jimmy Carter, and Michelle Taryn Friedland, who was appointed by Barack Obama, denied the Justice Department’s request on Sunday to immediately restore it.

“With the fast briefing schedule the appeals court laid out, we do not plan to ask the Supreme Court for an immediate stay but instead let the appeals process play out,” spokesman Peter Carr said.

While the side that ultimately loses still can request intervention from the nation’s highest judicial body, it would take the votes of five justices to overturn the panel decision. The court has been shorthanded since the death of Justice Antonin Scalia nearly a year ago, and it is ideologically divided between four liberal and four conservative members.

Leon Fresco, the deputy assistant attorney general for the Office of Immigration Litigation in Obama’s Justice Department, said he was “surprised that there is this exuberance to immediately rescind the executive order,” particularly given the timing issues.

Trump’s order, which barred from traveling to the U.S. refugees and citizens of seven Muslim-majority countries, was temporary. Refugees were banned for 120 days, the others for 90 days, save those from Syria, whose travel to the U.S. was blocked indefinitely. The order was purportedly designed to give the administration time to formulate a plan on how to vet those emanating from countries with terrorist activity.

“It is perplexing why the government wouldn’t want to simply, at this point, maintain an orderly process in one court as opposed to fighting it out all across the country in different courts, and working its way to the Supreme Court,” Fresco said. “Unless the goal is to have an outright travel ban forever, and we should take the president at his word that that’s not the goal, then let’s just have calmer heads prevail and conduct the security analysis that was going to be conducted during these 90 days.”

Indeed, if Trump’s ban were to be immediately reinstated, that might spark chaos similar to that which occurred when it was first rolled out on Jan. 27. To implement the order then, the State Department provisionally revoked tens of thousands of visas. When people first began landing at U.S. airports, Customs and Border Protection officers detained more than 100 people and deported some, sparking protests and lawsuits across the country.

It was unclear Sunday whether U.S. officials had a plan in place to avoid a repeat of that scenario, though much would depend on specifically what was ordered by a court, and when. State Department and Customs and Border Protection spokesmen declined to comment on the question.

The Department of Homeland Security said Saturday that – because of Robart’s ruling – it was suspending enforcement of the executive order entirely, and the State Department restored those visas that had been provisionally revoked. Advocates encouraged travelers from the affected countries who qualified for entry to get on planes as soon as possible because of the unpredictable legal terrain.

Very early Sunday morning, the Justice Department asked the appeals court to intervene, asserting it was improper for a lower court to engage in “second-guessing” of the president’s judgment on a national security matter.

“The injunction contravenes the constitutional separation of powers; harms the public by thwarting enforcement of an Executive Order issued by the nation’s elected representative responsible for immigration matters and foreign affairs; and second-guesses the President’s national security judgment about the quantum of risk posed by the admission of certain classes of aliens and the best means of minimizing that risk,” Acting Solicitor General Noel Francisco wrote in a brief.

It is somewhat unusual for a district judge to issue an order that affects the entire country, but Robart, who was nominated by President George W. Bush and has been on the bench since 2004, said it was necessary to follow Congress’s intention that “the immigration laws of the United States should be enforced vigorously and uniformly.”

He was quoting from a 2015 appeals court ruling that had blocked Obama’s executive action that would have made it easier for undocumented immigrants in this country to remain. It was never implemented because of legal challenges.