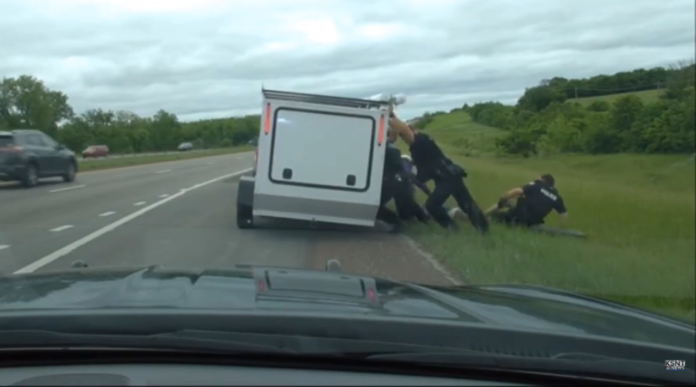 KANSAS – The Eudora Police Department and Kansas Highway Patrol worked together to free a man trapped under a camper.

On May 28th, Eudora Police Officers along with a Kansas Highway Patrol Trooper responded to a man trapped under a camper on K-10. The man had been changing a flat when it collapsed on his upper body. The first officer on scene relieved as much pressure as he could until additional officers arrived. Once enough personnel were on scene, they were able to lift the camper enough to remove the victim. He did sustain traumatic injuries but not life threatening at this point due to the efforts of the officers involved.

Jeff Eckelberry, a teacher at Susan B. Anthony Middle School in Manhattan, is still in the intensive care unit.