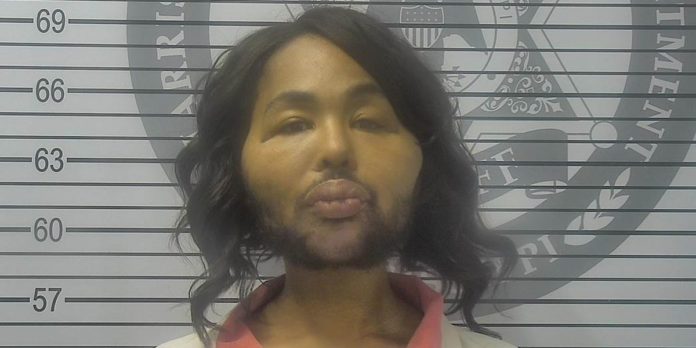 A transgender Alabama woman named Iconic Facce, who authorities believe stole money from a bank to pay for plastic surgery, pleaded guilty to robbery and will serve 15 years in prison.

On March 22, 2019, the Gulfport Police Department responded to BancorpSouth bank due to a robbery. Cops say Facce handed a teller a note that read, “you have 1 min to give the money do not be wrong are die.”

She fled with an unknown amount of cash.

“As the investigation continued, investigators were able to determine Facce’s cell phone service provider and obtain phone data, including geolocation information. The geolocation data established that the phone was located in Gulfport in the area of BancorpSouth on the morning of March 22, 2019, between the hours of 7 and 11 a.m. The phone is then shown traveling eastbound on Interstate 10 and northbound on Interstate 65 in Alabama. The phone was last located on March 23, 2019, at the Hunstville International Airport,” said Assistant District Attorney Ian Baker.

“We commended the Gulfport Police Department and their steadfast work in identifying, locating and apprehending this defendant. Their work is evidenced by this defendant requesting to plead guilty prior to the trial date. The sentence handed down by the court holds the defendant accountable for her actions and assists in providing closure to the victims of this crime,” District Attorney Crosby Parker said.