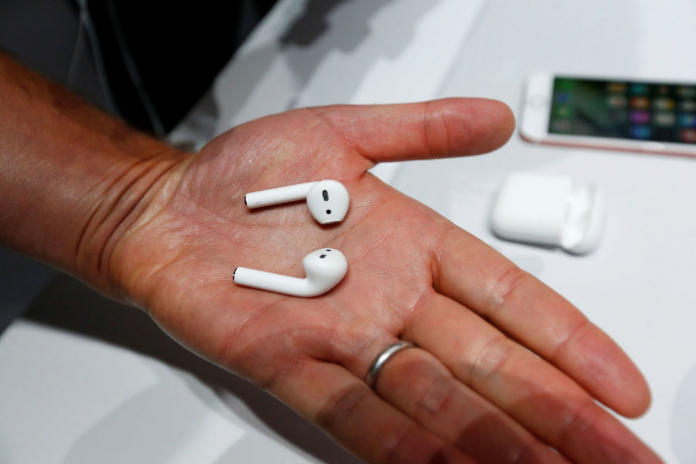 Owners of Apple’s wireless AirPods might now have a tougher time finding a missing earbud.

“Finder for AirPods,” an app designed to help users who have misplaced their wireless ear buds, was removed by Apple from the App Store late last week, MacRumors reported. The app, which uses the AirPods’ built-in Bluetooth technology to locate the missing buds, only survived several days on the App Store before its removal.

Deucks, the developers responsible for creating the app, said in an email interview that Apple did not give a specific justification for removing their app. The smartphone giant told them that they determined that “the ‘concept’ of people finding their AirPods with the app was deemed ‘not appropriate for the App Store,'” Deucks said.

Apple has not yet responded to a request for comment.

The app works by displaying a bar that fills up if the buds are close by and drain if the user moves away. The Bluetooth locator only works if the AirPods are turned on, meaning that if the ear buds run out of battery, the app won’t be of much use. MacRumors tested the app when it was released last week to positive results, though they noted that the Bluetooth signal isn’t strong enough to help a user find AirPods that are located on a different floor.

AirPods, which have faced criticism for being easy to lose, can run for about five hours before losing battery charge. A replacement will run $69 for one and $159 for an entire new set, which comes with two AirPods and a charging case.