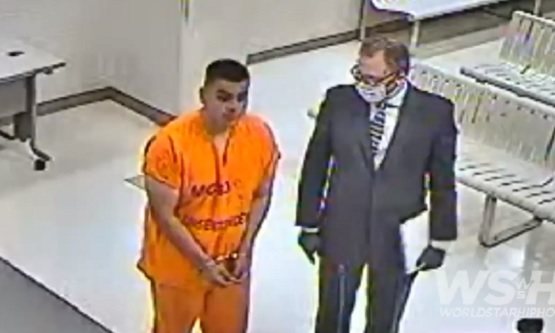 Police say 20-year-old Armando Hernandez shot and wounded three people Wednesday night at Westgate Entertainment Complex in Phoenix. The suspected gunman posted chilling live video to his Snapchat, in which he identifies himself by name before unloading an assault rifle into a mall corridor. His high school friend Devon Cordoba saw the video on Snapchat and called 911. Video shows Hernandez dropping to his knees surrendering to police, who booked him on an array of felony counts.