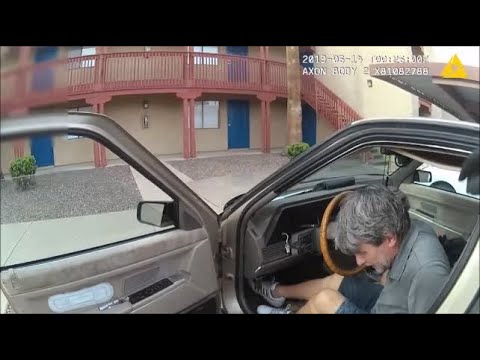 AZ Family reported: According to police, Ofc. Carroll showed up at an apartment complex near 43rd and Peoria avenues about a report of a man, later identified as David Dulaney, sleeping in his car.

Dulaney rolled down the window partially and said he was waiting for a friend.

Carroll tried to get information but Dulaney starts the car.

That’s when Carroll pulls Dulaney out of the car and uses his stun gun on him.

Carroll then uses the stun gun to hit Dulaney in the back and the back of the head, police said.

Dulaney was taken to the hospital where his head wound required staples, police said.