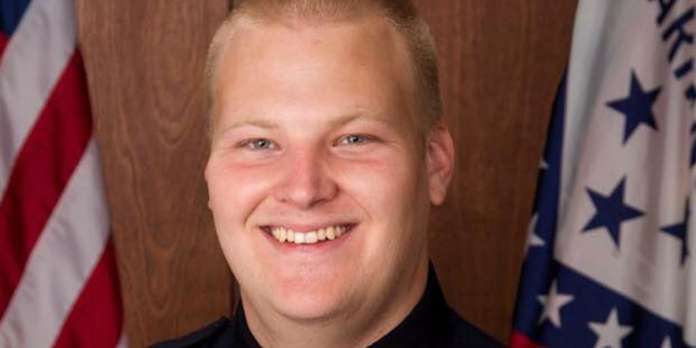 Evidence shows that Officer Carr was ambushed and executed while sitting in his patrol vehicle. Preliminary investigation also shows that two officers fired at the suspect.

“All I know is that this was a cowardly act. I have no information that leads me to believe that he targeted this officer specifically. He was looking for an officer to kill,” Police Chief Mike Reynolds said during a news conference Sunday.

“He was an all-American boy,” he said. “He came from a law enforcement family. He knew what the job was about and he just wanted to serve his community.”

”I think it just proves that we’re not immune and that officers are being targeted every day throughout our country. It’s just unfortunate.”

The Fayetteville Police Department has requested that the Washington County Sheriff’s Office, and the Federal Bureau of Investigations (FBI) conduct an independent investigation.

Officer Stephen Carr was hired at the Fayetteville Police Department in April of 2017. Officer Carr was assigned as a patrol officer, currently working in the Dickson street entertainment district. He served the community for the past 2 ½ years