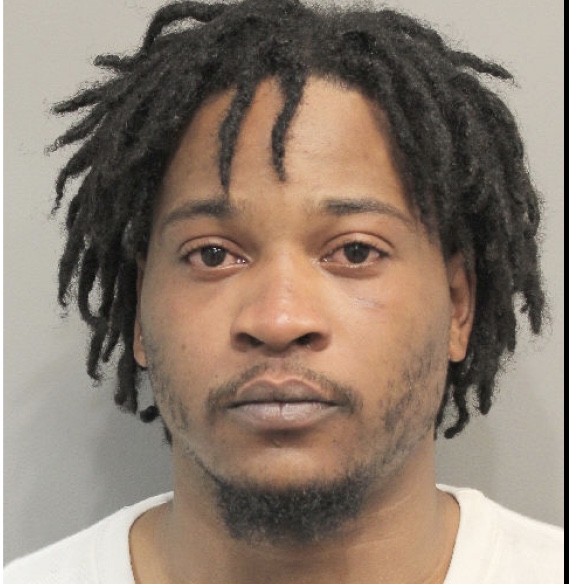 HOUSTON, Texas — On Wednesday, deputies with Constable Mark Herman’s Office responded to the 25700 block of Aldine Westfield in reference to an in progress call were a citizen was following a burglary suspect. The caller advised that he observed the suspect break into several vehicles.

While attempting to flee, the suspect struck two parked vehicles.

Upon deputies arriving, they quickly located the suspect vehicle and conducted a traffic stop. The driver was detained and identified as Dominique Theragood, a convicted felon. Also inside the vehicle were his four small children, who were unrestrained.

During a search of the vehicle, deputies located a firearm and stolen property.

The stolen property was recovered and returned to the rightful owners.
Constable Deputies contacted Child Protective Services and advised them of the facts of this case.

Theragood was arrested and booked into the Harris County Jail, charged with Burglary of a Motor Vehicle, Child Endangerment, and Felon in Possession of a Firearm.