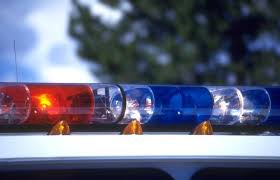 BALTIMORE, Md. –The off-duty Officer was stabbed at least once in the thigh late Saturday night.

A man approached the officer around 10:45 p.m. and indicated he was going to rob him, WBAL reported.

The officer fired his gun and the man ran away. Investigators said the man was not shot.

The officer was taken to a hospital with non-life-threatening injuries.

The assailant was described as black and about 6 feet tall. He was wearing a dark hooded sweatshirt.

It is located in the central area of the state along the tidal portion of the Patapsco River, an arm of the Chesapeake Bay. The independent city is often referred to as Baltimore City to distinguish it from the surrounding Baltimore County.

Founded in 1729, Baltimore is the second largest seaport in the Mid-Atlantic United States and is situated closer to Midwestern markets than any other major seaport on the East Coast.