MIAMI – Dozens are feared dead after a high-rise condo collapsed in Surfside overnight.

The 12-story residential building came crashing down around 1:30 a.m. local time. There is at least one confirmed fatality and people say at least 99 people are missing or unaccounted for. 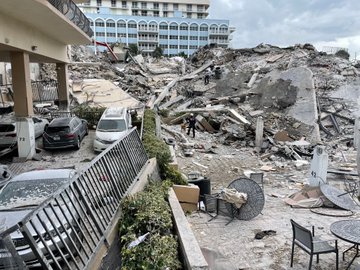 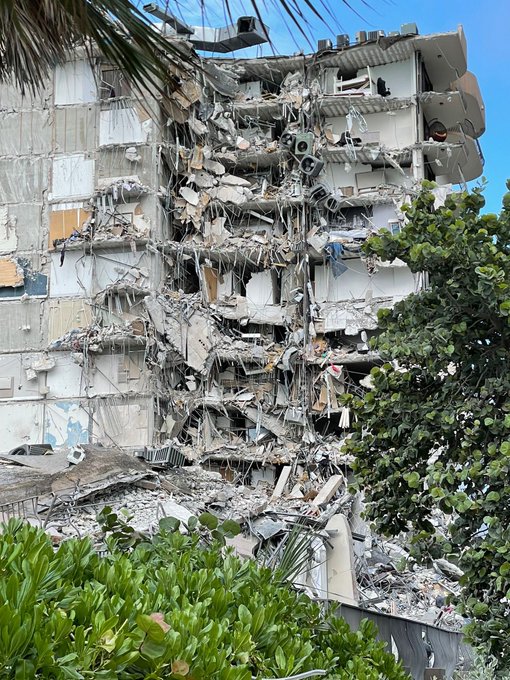 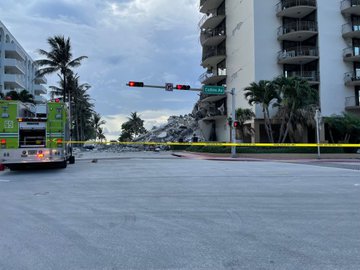 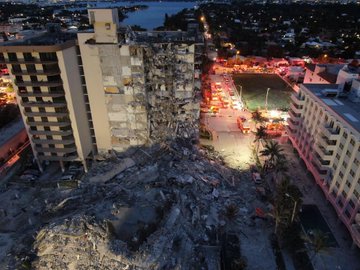 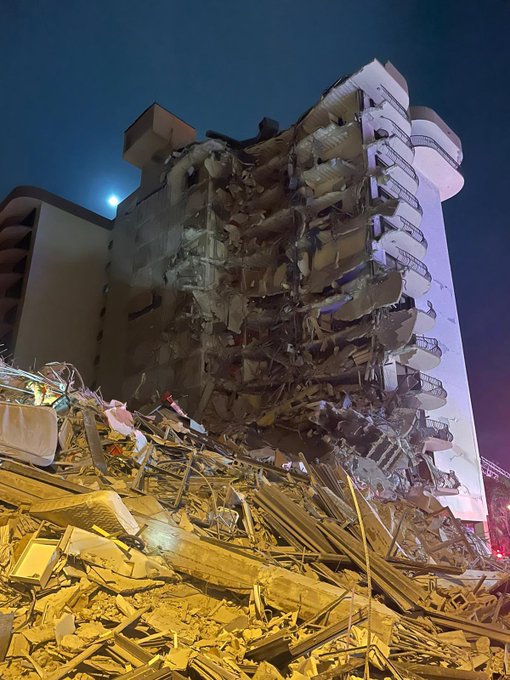 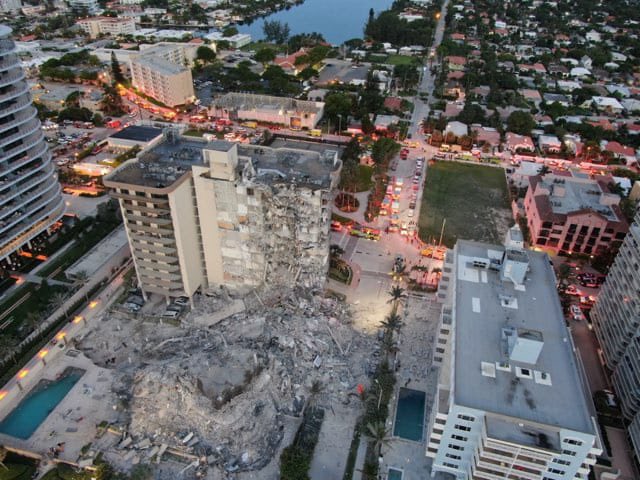 Surveillance video captured the moment of the collapse, which appears to have occurred in two phases.

A young boy was pulled from the rubble alive by Miami-area first responders.

“About two o’clock in the morning, I was called by the chief of police who said there was a collapse,” Surfside Mayor Charles Burkett said. “[I] Couldn’t imagine that we were going to see what we saw. Looks like a bomb went off.”

Burkett was asked at a press conference if he thought there were people still trapped, “I do. I do,” he said. “Surfside has set an area for the residents of that building in our community center. We have 15 family units, I believe, that we’re making arrangements with the Red Cross, and they’re going to be getting them into hotel rooms. We also have a building next door which is a hotel with about 50 something units, and those people will have to be displaced too because it’s not safe for them to go back into the hotel next to this building, because we’re not sure whether this building is going to continue to come down.”

Burkett continued, “Well, what we know is they were doing roof work on the building at the time. Certainly, that doesn’t seem like it would be the issue that would have caused it. Some of the residents at the community center have complained to me that the new building that went up to the south used to shake the building when they were putting the pilings in, but I think that we need to look very hard at what happened there and find out because buildings just don’t fall down like this. They just don’t fall down like this. It’s less likely than a lightning strike. It just doesn’t happen. You don’t see buildings falling down in America.”’

A family reunification center has been set up for anyone looking for unaccounted or missing relatives at 9302 Collins Avenue. If you have family members that are unaccounted for or are safe, please call 305-614-1819 to account for them. pic.twitter.com/ksQ9LubG8V

“A massive search and rescue is underway and we know that we’re going to do everything that we can possibly do to identify and rescue those who have been trapped in the rubble,” Miami-Dade Mayor Daniella Levine Cava said.