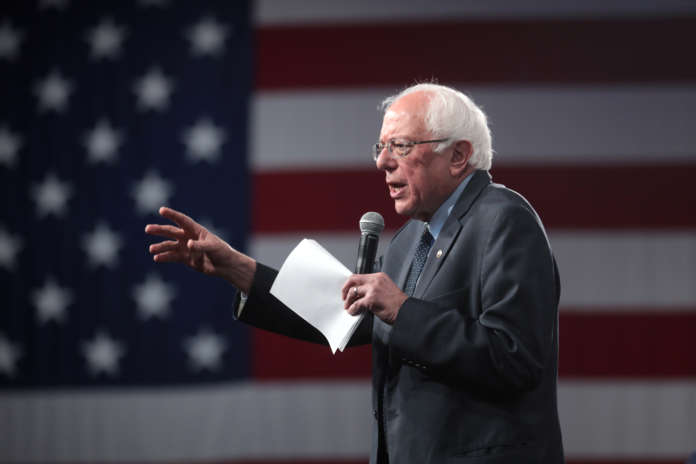 “Let me take this opportunity to thank the people of New Hampshire for a great victory tonight,” Sanders told supporters in a victory speech from Manchester, New Hampshire, giving credit to “an unprecedented grassroots movement”.

Sanders and Buttigieg made up the top two in polling heading into the first primary of the race to choose a Democratic nominee to take on Republican President Donald Trump in the presidential election this November.

Both will likely come out of the primary with the same number of delegates when 100 percent of the precincts are reported.

At 84 percent of precincts reporting, Sanders had 26.1 percent of the ballots, Buttigieg had 24.3 percent and Klobuchar had 19.9 percent. All have six delegates at this stage, but this will likely change. Senator Elizabeth Warren had 9.4 percent.

Biden, who was once the front-runner in the Democratic race, gave a second consecutive poor finish after placing fourth in the Iowa caucuses.

He is certain to face growing concerns over the viability of his campaign and his ability to consolidate moderate support against the now surging Buttigieg and Klobuchar. On the other hand, Warren’s back-to-back poor performances has solidified her as the second-place progressive candidate behind Sanders.

It was not only primary results that showed an emerging picture of the Democratic nominating contest moving forward.

Upstart candidate Andrew Yang and Colorado Senator Michael Bennet both suspended their campaigns on Tuesday night after poor showings in the Iowa caucuses and the New Hampshire primaries.

There was one candidate not present on the ballot on Tuesday that still looms in the race. Billionaire former Mayor Mike Bloomberg is already involved in the race with a massive self-funded warchest dumping millions into TV, billboard and digital ads, but will not be on the ballot until early March.

Vermont Senator Sanders led former South Bend Mayor Buttigieg in polls leading up to the primary as Senator Amy Klobuchar took up third place ahead of Senator Elizabeth Warren. Joe Biden, already anticipating a loss in the second test for candidates, flew ahead to South Carolina.

Most of the Democratic candidates spent a week touring New Hampshire in a non-stop campaign to win over votes in the small northeast state. Turnout for the primary was was up 18 percent from 2016 but lower than 2008, MSNBC reported.

The primary came eight days after technical issues delayed the results of the Iowa caucuses, the first test in the race for the Democratic nomination. The chaos quickly became a tool of attack for the Republicans, who hope to keep incumbent Trump in office when the United States heads to the polls in November.

Late-joiner Mike Bloomberg was not included among the 33 names on the ballot on Tuesday but the billionaire former New York City mayor will get his first test in the primaries on so-called Super Tuesday, when 14 states and territories abroad will have their primaries.

While the predominately-white states of the Iowa and New Hampshire only make up a small fraction of the 4,051 pledged delegates that will head to the Democratic National Conventions in July, the starting states play what analysts called an outsized role in deciding the nominee.