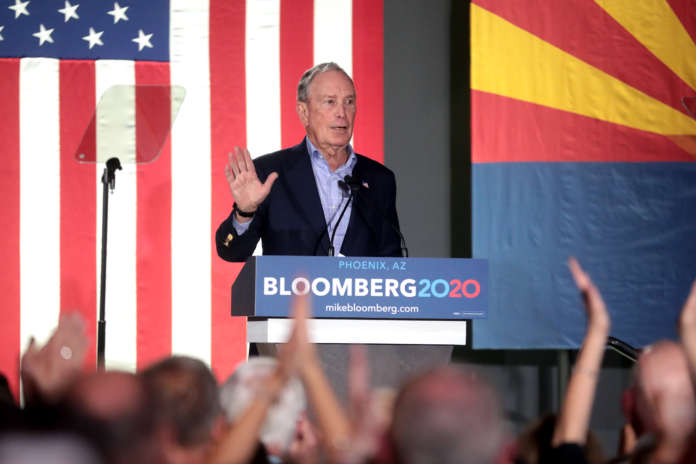 Former New York Mayor Michael Bloomberg on Tuesday qualified for the Nevada U.S. Democratic presidential debate taking place in Las Vegas this week, putting him on the stage ahead of a primary that will not have his name on the ballot.

The debate on Wednesday will be the ninth in the contest but the first time Bloomberg will take on his four main competitors, including front-runner Senator Bernie Sanders.

Democrats are vying for the opportunity to take on Republican President Donald Trump in the United States November presidential election.

An NPR/PBS/NewsHour/Marist national poll released on Tuesday morning found that Bloomberg had support from 19 percent of the people surveyed. With the result, he met the national Democratic Party ‘s requirements for debate qualification.

Sanders was leading the poll with 31 percent of support, up from 22 percent in the same poll in December. Biden, who led the December poll at 24 percent, dropped to third with 15 percent.

Democratic candidates, who have avoided direct attacks at each other until recently, have begun to turn their attention towards Bloomberg. Progressive stalwarts Sanders and Warren accused Bloomberg of trying to buy the Democratic nomination contest.

In response, the former New York mayor said that he is playing wholly by the rules and will support the winner of the nomination against Trump even if he is not the nominee, according to U.S. media reports.