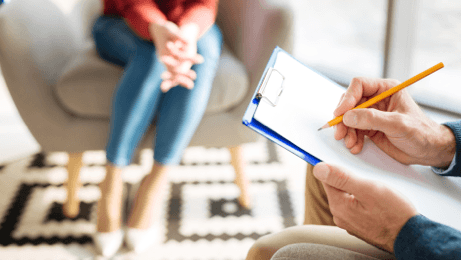 NEWARK, NJ – The Board of Psychological Examiners has revoked the license of a psychologist after finding that he engaged in a sexual relationship with a patient beginning when she was 17 years old.

According to the Administrative Complaint filed by the Attorney General, Daniel Davenport, who maintained a private practice in Sewell, violated multiple rules and regulations governing the practice of psychology, and misled the Board during an investigative inquiry about both the nature and the length of his relationship with the patient.

In a final decision, the Board revoked the license of 53-year-old Davenport. The Board unanimously voted to uphold an Administrative Law Judge’s Initial Decision on the Complaint, which concluded that the sexual relationship between Davenport and his patient began when the patient was a minor and continued for more than a year.

The Board filed against Davenport, which contained the following allegations:

“When a licensee uses their influence over a vulnerable client to commit sexual misconduct, that is a violation of trust and professional standards that carries serious consequences in New Jersey,” said Attorney General Grewal. “I commend the Board for holding this psychologist accountable for his actions, and for its commitment to protecting the public by ensuring that predators cannot hide behind a professional license.”

At oral argument in a virtual disciplinary hearing, the Attorney General’s Office urged the Board to accept the Initial Decision rendered by Administrative Law Judge Susan M. Scarola regarding the conduct of Davenport, noting that he “ceased acting as [a] therapist and had formed an intimate, confidential relationship with [his patient] that evolved from friends to lovers within a matter of months.”

The Board subsequently found that the seriousness of Davenport’s conduct, and the lasting impact it had on his victim, constituted gross negligence and professional misconduct. Moreover, by omitting details and downplaying what had occurred, the psychologist’s failed attempts to thwart the Board’s duty to protect the public were significant aggravating factors that ultimately demonstrated Davenport lacks the good moral character required for licensure by the Board.

“Davenport displayed a flagrant disregard for the emotional and physical well-being of his teenage client who had courageously sought out therapy,” said Acting Director Paul R. Rodríguez. “We take sexual allegations very seriously, and the resolution of this case should send a clear message to all licensed professionals who may be tempted to violate the public trust and duty they owe to their patients.”

Davenport’s revocation comes as the Division, under the direction of the Attorney General, continues a sweeping review of how its 51 professional boards — which oversee approximately 720,000 active licensed professionals, from accountants and doctors to plumbers and veterinarians — address allegations involving sexual misconduct and abuse by licensees and applicants for licenses.

The review, which is currently underway, is evaluating how boards screen applicants for licenses, approach investigations of alleged misconduct and discipline, and engage with complainants who report abuses by a licensee or applicant.

The Board ordered Davenport to pay civil penalties totaling $45,000 and awarded the State its full costs in investigating and prosecuting this matter $55,057.

Deputy Attorney General David M. Puteska, the Assistant Section Chief of the Professional Boards Prosecution Section in the Division of Law, represented the State in this matter. The matter was investigated by the Enforcement Bureau within the Division of Consumer Affairs.

This investigation was conducted by the Enforcement Bureau of the Division of Consumer Affairs.