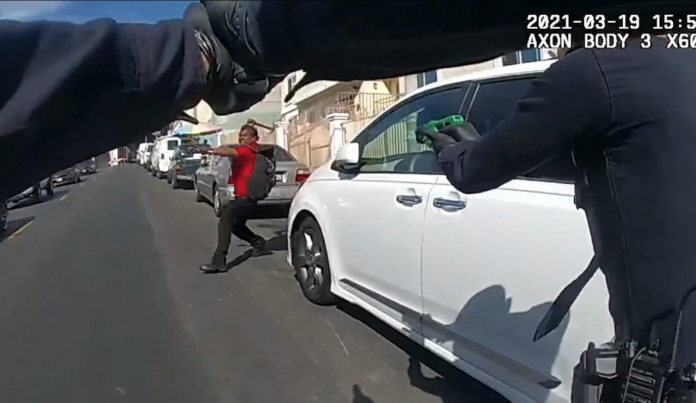 On March 19, 2021 around 3:40​ p.m., a Rampart Area sergeant was flagged down by a community member due to a suspect being armed with a hammer and what was believed to be a hatchet.

Additional officers met with the sergeant, formulated a plan, and attempted to detain the suspect. Officers used less lethal devices, but they were not effective. The suspect threw a hammer and then a metal object resembling a pick axe at the officers, resulting in an Officer-Involved Shooting. The suspect was struck by gunfire. He was transported to a local hospital where he succumbed to his injuries. During the investigation a hammer and rear-mounted bicycle kick stand were recovered at scene.